Policing in the United States

I was in my local library, reading back issues of the Economist, one of my favorite publications.  The present issue’s cover story was about policing in the United States.

One major discussion has been about racial profiling.  I can now safely tell you I have been profiled.  I am an American who is Jewish, but cannot be identified as Jewish (do not wear a kippah, have a beard, or hair over the ears, called payess). 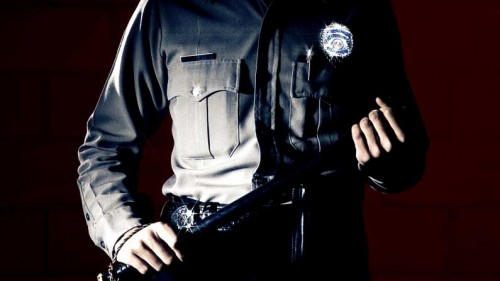 As a twenty something, I didn’t dress well, and I am heavy and muscular.  One night, my father sent me to the local subway station to meet my mother and walk her home.  I was waiting for a while for Mom.  Apparently, I made the token clerk nervous, because the next thing I knew, a police officer was there and never took his eyes off me, until my Mom came upstairs.

Fast forward a few weeks.  My then brother in law and I were waiting on the platform of the same subway station.  Saying we were dressed grunge like is being charitable.  To add to that, my ex brother in law is six foot five.  The only other passenger on the platform was a young woman about our age.  Then what do I see?  The same cop!  I whispered in my brother in law’s ear, “That’s the same cop, who I told you about who was watching me several weeks ago.”  The cop never took his eyes off us, until we boarded the train.

My point?  Anyone can be profiled for any reason.  You can’t ask each police officer you may have dealings with what his life experiences and prejudices are.

Yes, a police officer needs a certain degree of training and has to be checked psychologically, before being hired.  There is still a human factor.

This is for another article, but I must make a confession.  I have also been arrested, but that is for a book I am planning and how to help one time arrestees with no previous record not have that experience again.  I can make fun of it now and I must be honest, the police officers who arrested me were helpful and gracious.  Again, this is for a later book.

Later, my wife and I went through the Tucson Citizens Police Academy, which involved a semester of learning about the police.  The officers teaching us were very dedicated to their jobs.  Again, each officer is an individual.

Before I read this week’s Economist, the latest Mother Jones issue caught my eye.  The cover story was “Are you a racist?”  As I keep writing about my Rwandan friend Anastase, and his family, I would like to think I’m not.  The article spoke about genetics and how we react to certain things, but it had two pictures, one a white man, one a black man, both of who looked to have handguns.  I realized if this was a test of my instant reactions, I shot the black man, without hesitation.  I shot the white man as well, but after the black man, a split second later.

Then, I took time out to look at the pictures.  The white suspect, was young grungy and hanging out under a dark awning.  He looked the way I described myself in the beginning of this essay.   The black man was kneeling on a sunny lawn and he was well dressed.  I thought of CNN anchor Don Lemon talking about being profiled.  This is a prominent man, and he has problems.  The first thing that went through my mind after looking at the pictures was, “Well done, fool.  You’ve just shot CNN anchor Don Lemon.  Try living THAT one down!

Several days ago, President Obama and the First Lady talked about being profiled in the past.  If the President was wearing a tuxedo, people thought he was a valet, and handed him the car keys.  The First Lady discussed many a taxicab passing them by.  The Mother Jones article talked about the genetic part, (I’ve been reading lately how quickly human genomes change, more so than previously thought).  Many of you have heard the song from the musical South Pacific “You’ve Got to be Carefully Taught.”  Apparently, you have to work to train your mind away from certain favoritism.

I will start with my take on the latest police shooting cases in the United States.  I am taking a narrow view and not covering the issues surrounding the cases.

Eric Garner:  If Eric Garner had not resisted, he would not be dead now.  I understand the chokehold is illegal, but it would not have gotten to that, without the resistance.

Why am I bringing this up?  Each situation is individual, but having said that, there are issues.

Again, each officer is an individual, but the Economist article stated 42% of the known cop killers are African-American.  Which person is the cop more likely to shoot?

63% of whites support the police, only 37% of African-Americans do.  I know I want to be able to call 911 and trust the officer.  All Americans should have the same trust.

The article mentioned half of the local police forces in the United States have ten sworn officers or fewer.  It makes it hard to discipline officers.  Many police forces now have all sorts of military equipment.  That provides barriers between the police and the citizens they are supposed to protect.  After the Boston Marathon Bombing, when the suspect was taken into custody, the departing police vehicles were cheered as they left, one reporter said, “We are annoyed, when we see the blue lights behind us, when we are driving, but want them there, when needed.”

The article recommended independent investigators for police shootings.  A local District Attorney has to work with those police officers and it’s hard for him to jeopardize those relations and go against them.  New York City Mayor Bill DeBlasio was asked not to attend police funerals.  See? The issue can be difficult.

To conclude, I highly respect the men and women in blue.  There are bad apples as there are anyway.  I’ve learned to be more sympathetic to how certain groups can be treated by individual officers.  I enjoy the Economist and think their recommendations for American policing will help.

Note: This is outside my usual realm, but I do write the occasional essay.

Hank Quense Oct 17, 2014 0
Scene Design in Writing INTRODUCTION Just as words are the building blocks of sentences, and sentences are the…
Featured