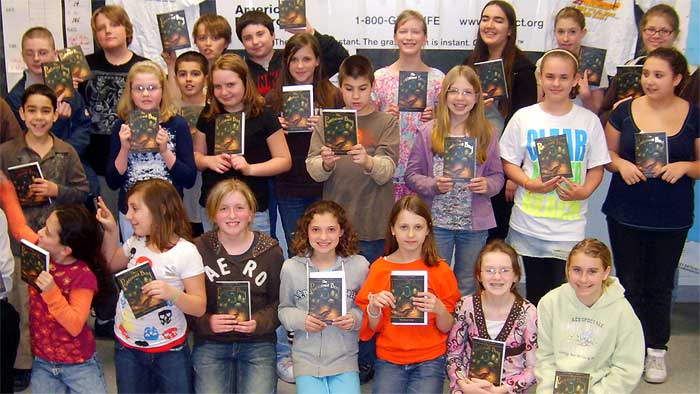 Many parents believe it is more difficult for their child to spend time learning to read, with all the other distractions available, than it was when they were growing up.

Almost half of the parents in the UK admit resorting to bribery to get their children to read, a new survey has suggested.

Parents are using TV, the computer, and sweets as incentives to encourage their youngsters to open a book, according to a poll commissioned by education publishing firm Pearson.

It found that both teachers and parents believe that increased access to technology is turning children off reading, with many youngsters bored by books.

The findings show that six in 10 parents (59.4 percent) and more than eight in 10 teachers (85.4 percent) believe children are more likely to log on to a computer than pick up a book.

More than half of parents (57.2 percent) said they were concerned that digital media is replacing reading, while three in four (76.6 percent) believe it is more difficult for their child to spend time learning to read, with all the other distractions available, than it was when they were growing up.

A third of parents (32.4 percent) admit they only allow their child to watch TV or use the computer after reading, while one in 10 (9.6 percent) gives their child treats such as sweets or chocolate. A further 5.9 percent say they use other rewards.

Both parents and teachers (65.3 percent and 84 percent respectively) think children would read more if they could access some elements of their school reading programme on the computer.

And nearly nine in 10 teachers (88.7 percent) are concerned that reading is becoming increasingly less attractive for children growing up today.

The poll also asked children for their views on reading, and found that many were more likely to play games on the computer, surf the internet or watch TV than read a book.

Almost two-thirds (61.9 percent) said these activities were more exciting than reading, while over a third (37.3 percent) said they wished reading school books at home was more like playing a game.

Many of the youngsters questioned also wanted to see more books with TV characters in them, with Doctor Who and Ben 10 and Wallace and Gromit the characters children would most like to read about.

The programme uses characters to engage children in reading and is the first to combine real books with an interactive online reading world. Pauline Woods, head teacher of Brookfield Infant School, which piloted Bug Club, said: “It’s fantastic to see the children automatically recognise some of the characters and this instantly switches them on to reading and makes them want to read more – this is one of the things most schools struggle with.”

The poll questioned 1,100 adults and children, including 300 primary school staff.”

Having read the above article, it makes me wonder with increasing dread, how soon before we will see the extinction of books. What price essential education for our younger generation in this era of electronic media? Without books and the written word, civilization as we know it will rapidly disappear from my way of thinking.

Far too many parents these days through financial constraints lead extremely busy lives tending to leave their children to their own devices on the whole or are far too tired to make time for their children, abandoning the things that are truly important in the formative years of a child’s life. So is it any wonder that today’s generation does so badly at school.

Instead, they watch endless hours of television, play computer games, text their friends using the abominable ‘text-speak’ alternative to correct language usage, and as a consequence leave the education system ill-equipped for the real world!

Reading anything and books especially is fundamental to life. Without books where would we be? Nowhere!

Books record our history, capture our imagination, and are the ultimate source of all of our accumulated knowledge gleaned from centuries of thinkers, historians, poets, authors like myself, biographers, auto-biographers, explorers, novelists, playwrights, commentators – all are the movers and shakers of the world of the written word from whom we all learn.

Books give us insight into the many complex problems we all experience during our lifetimes. Books give us glimpses into other worlds, other points of view to name but two reasons for embracing the written word.

For a child to say that ‘reading a book is boring’ is to my mind the first signal to the world at large that books are destined to be consigned to the scrapheap of history within a couple of generations unless we stamp hard on this view right now.

Don’t get me wrong here, I’m all in favour of advancement in technology, but not to the detriment of our libraries and bookshops and the wonderful sources of knowledge they contain – books!