Who would have thought that from an idea I had for a short story, several months ago, that a work of fantasy has now emerged, just over 82,000 words in length, filling one hundred and seventy seven pages with wonder, adventure, laughter and many mishaps?

Two days ago I finished writing the thirtieth and final tale in an anthology about five southern woods goblins, hidden away from the world of humanity, behind a magical barrier in an imaginary land called Goblindom, located somewhere in the northern hemisphere.

It is a relatively peaceful land which they share with a human-like species I refer to as ‘humins’ – far nicer than we are, along with elves, witches, wizards, wyverns, griffins, trolls, three kinds of goblins, ogres, dragons and many other mythical beasts of human legend. 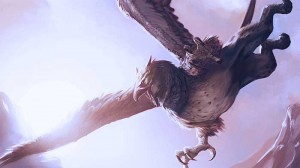 Along the way as I have got to know them, these five goblins have become more than just fictional characters. To all intent and purpose I consider them to be very real.

Now before you make that phone call to the folk in white coats to cart me off to the nearest asylum, let me explain.

In order to write about your primary characters, you have to know them inside out and upside down. In fact you have to know them far better than you know yourself or indeed your loved ones and close friends. The same rule applies when writing about the various ancillary characters introduced in each of the tales. You will recognise someone you know in each one of the characters. Like us, they have their foibles, dreams, fantasies, desires and mood swings.

While I have in effect finished this, my latest work in progress, in a day or two I will begin the task of fully editing the anthology before sending it off to my editor.

To say I have had endless months of pleasure writing about these five characters would be a serious understatement.

There is one other chief character you will all come to know and love as you progress through the tales, and that is a rather bedraggled specimen indeed. I refer to a one eyed, lisping raven with a twisted beak, named Bejuss.

Before you start thinking this is just another book aimed at children, it very definitely is not. The clue is in the title. I have deliberately written it with adults in mind.

When Globular Van der Graff’s “Goblin Tales for Adults”, finally makes it into print, I do hope you will all gain immense pleasure from reading it. I most certainly did while writing it for these last few months.

I started back in summer with a standalone short story, and now with Christmas drawing near, the end product is an anthology. Who knew it would grow into a novel length work – certainly not me?