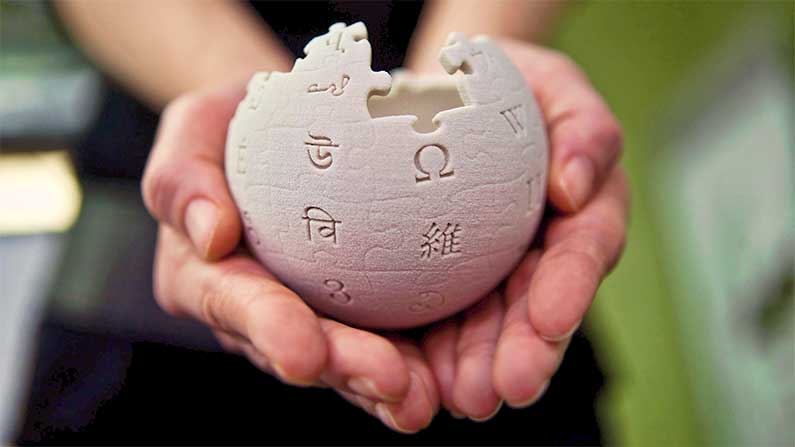 Over recent months I have been pondering over noisy debates, mainly in social media, on topics as diverse as creationism, global warming, and anti-vaccination.

A common thread among these discussions occurred to me and has recently solidified in my mind. I suspect some people’s sentimentalities will be offended by what I am about to reveal – no apologies are given. My motivation is really quite simple: I believe that ignorance, wrapped in dogma and other organizational manipulation, is one of the greatest threats to the development of humanity.

I am science trained (2 of my three degrees are in the sciences) and from an early age, I fell in love with scientific methodology. For thousands of years, many of the greatest minds of humanity contributed to an accumulated set of principles that are elegant, practical, and most importantly, self-critical. Simple stuff about observation, hypotheses, testing, proving, revising.

This is not saying that science is perfect, or that all scientists apply the principles correctly, but the methodology has stood the test of time, and science, with its practical cousins, engineering/medicine/agriculture, have completely and utterly transformed the human world. Every single person who is reading this article is indelibly affected, and reliant, on the products of scientific endeavour.

There was a time – not very long ago in Western Society, when science was on the periphery of the masses, and often at odds with the establishment. The ‘establishment’ consisted of ruling houses and religion, often the one and the same thing. For the average person (e.g. peasant), the rules of society were set by custom and religious doctrine, often overseen by local religious representatives. There wasn’t much encouragement to think, but to obey and conform. Unfortunately, there are still pockets in the world where similar constructs exist.

The clashes between science and the establishment heated up with the opening up of transport and communication in Europe – and notably publishing. The take-up of scientific methodology – particularly the questioning of everything – was anathema to those in control who were custodians of the rules and mechanics of everything.

As recounted recently in the reboot television series, Cosmos, Giordano Bruno is a classic example of a person who espoused scientific observations (the sun is just another star, for example), and was persecuted (and, in fact, tortured and burned at the stake) for the trouble.

His views were counter to what the majority of people believed, reinforced and directed by custodians, who either believed in incorrect assumptions about our universe, or wished to protect their exalted, privileged positions by maintaining the status quo.

With the gradual separation of Church and State, the Church still had a powerful position in the Western world, albeit modified – they had control of the minds of the masses. To control, they didn’t just nurture and inspire faith, they also provided the answers to all questions, all pondering – everything. Before practical observation and the blossoming of science, the only major source of information was the Bible, and it was natural for people to believe in its literality.

Slowly, and often begrudgingly, most religious denominations and sects loosened their formal views on the literal interpretation of the Old Testament, because it would have been ludicrous not to. On the other hand, there were segments of society that still chose to hang on to the old beliefs – and some still live among us.

We are now coming to the main thrust of my essay. My (already obvious) disdain of religion dictating what people should believe – in terms of everything – is artificial and a throwback to a time when they were able to practice it without opposition.

The problem I see is that this construct, this way of approaching a view of the universe, is alive and well in many areas of society, and with the benefit of technology bestowed on the world through scientific endeavour (media, Internet, publishing, transport), and secular philosophy (such as the ‘right’ to free speech), they are a vocal and organised group indeed.

I have no issue with faith on matters that cannot (as yet) be observed or quantified. In my view, this is where religion can still play a positive role in society. The crazy thing is that certain religions and a number of prominent members of clergies feel it is important to glue doctrines on other matters (such as the age of the world) onto core faith.

To be more specific, if someone stated to me that they believe that Christ died on the cross for the world’s sins, I can handle this belief – and certainly I couldn’t deny or support it with observations (evidence).

I get it, and I get that people can believe in God and connect it with a code of conduct. I also believe that many scientists have a similar view to myself, and I know that there are prominent scientists of the past and present, who were and are deeply religious. The issue is whether it is necessary to unite and make impossible to separate, the doctrine on everything from core faith.

Creationists choose, due to their religious affiliations and the way they were indoctrinated throughout their lives, to believe that the world was created only a handful of millennia ago. That the Ark actually held all the animal species of the earth. Etc, etc. Many are adamant in their belief and presumably cannot separate it from their faith in God.

For them, it is a matter of faith. No different to the faith of those who witnessed Giordano Bruno’s flesh being cooked because he was an instrument of the Devil, lying about the Sun being a star. In this day and age, with the mountain of evidence of continental drift, evolution, and the billions of years of life on earth, creationists are a pathetic, tragic anachronism, and more importantly, are the product of organised ignorance that should have died centuries ago.

With the politicization of topics like these, particularly in the United States of America, the matter has turned grotesque and concerns me that significant policy-making decisions and flawed education of children will cause the progress of society to stall or regress.

Of all the places in the world, the US, where experimentation with secular, humanist principles converted it into one of the earliest modern democracies, and where science was so often vibrant and interconnected with invention and enterprise, that Creationism, and other hare-brained belief-systems should flourish, and be so influential.

I won’t go into the politics in detail. I am not fundamentally addressing conservatism or liberalism – science is above all of that (or should be). However, I am witnessing in many western democracies, including my own country, Australia, where organised ignorance is being tapped by political groups, for political purposes (certainly not necessarily for logical, commonsensical purposes), and, in fact, supports and sustains this ignorance.

This essay isn’t a full-blown treatise, and I have deliberately avoided citations to keep my train of thinking clear. I genuinely believe that organised ignorance is a self-evident, ancient societal phenomenon, and, unfortunately, it still exists today. It is my assertion that it is counter-productive and harmful to us all.