By Jack Eason Last updated Nov 25, 2021
5
Share
Is it just me or are you also wondering how much longer it will be before the general population of most western countries finally cry “Enough!”
Many governments are enforcing austerity measures in the form of financial cutbacks, supposedly to balance each country’s national debt.
Sounds good – right? It would be if they were targeting the ones who actually caused the fiscal meltdown in the first place, the banks and multi-national businesses. Instead they are punishing their populations. Why are they doing that? Because we are an easy target, a soft option if you will.. They’re too frightened to chase after the banks and corporations, demanding the repayment of the trillions they robbed from us all. 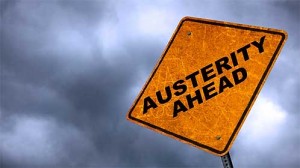 To give you a recent example, the CEO’s of the three largest non-taxpaying corporations here in the United Kingdom, Amazon, Starbucks and Google were called before a parliamentary committee recently to explain why they have failed to pay any tax. There was the usual stonewalling which all companies do when they are caught with their pants down in public, along with transparently absurd statements like “We haven’t sold enough product here in the UK to pay any tax” while the politicians on the committee shouted and complained.

But like most parliamentary committees, they have no teeth. All they were doing was to pay lip service to the problem, hoping the country would believe they were actually doing something worthwhile on our behalf. Yeh right, pull the other one it’s got bells on it! All three companies turnover last year added up to more than most small countries GDP, running into the hundreds of millions. All three channel their profits through places like Luxemburg so that they do not have to pay income tax here in the UK.

Anti-austerity demonstrations occurred across Europe. Unfortunately peaceful but noisy demonstrations serve no purpose unless they spill over into violence, at which point the authorities are quick to point out to the television reporters and camera men that the demonstrators were to blame for having their heads split open by a policeman’s riot baton.
Here in England sadly we learned about two more victims of the cruelty inflicted on the ordinary men, women and children of this once great country. A former military man and his wife saw no way out and sadly committed suicide. Why? Because with only £50 between them to survive each week, they just could not hope to survive the oncoming winter because of the extreme poverty they had to endure. Just to get one hot meal each day they were forced to walk 12 miles to a soup kitchen before making the return journey to where they were living.
In Spain a woman threw herself out of the window of her flat, falling to her death because she was about to be made homeless, thanks to her country’s banks defaulting on their monetary loan from the EU.
I repeat – how much longer will we put up with being bullied, lied to, cheated and harassed while big business gets away with murder?  How much longer will it be before we finally decide to take our nation’s destiny back from the greedy and their sycophants – our politicians?
Just so long as we all sit quietly, muttering under our breath and doing nothing, reminiscent of the old stoic grin and bare it attitude of the 1940’s and 50’s, they will continue with their unjust financial cuts instead of setting their sights on the real culprits, their rich friends. I’m beginning to understand why the French finally had a revolution in the eighteenth century.

But do we really want to take up arms? God forbid that it should ever come to that, but one day soon it just might…