It started with a phone call after midnight. The one nobody wants to answer. The caller’s voice was trembling. “Your father is dead. . . he drowned in the hospital pool.”

Thoughts raced through my brain and collided with one another as I tried to process the words and their meaning. I didn’t know the hospital had a pool. How could that happen? It’s not true. 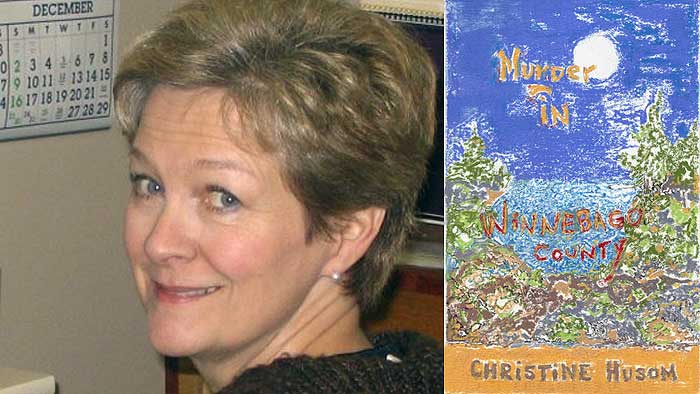 Who should I call? What do we do now? He was fine when I saw him a few hours ago. He can’t be dead. He’s getting out of the hospital in the morning. What’s Mom going to do?

It was late July and my father was being treated for pneumonia. He had been given a sleep aid, one, it was later discovered, sometimes caused sleepwalking.

Dad went missing between one nurses’ round and the next. We will never know exactly what, why, or how it happened, but he got out of bed, around his bed rail, ripped out his IV needle, walked directly (evidenced by the blood trail) to the emergency exit, and pushed open the door.

The recently installed alarm did not sound. But when tested multiple times the next day, it worked fine.

Dad went out into the pouring rain, made his way down a fairly steep hill, fell into a pond at the bottom, and drowned. The doctors determined he had suffered an episode of “Sundowning,” a condition where an elderly person waked up, sees he or she is not home, and feels compelled to get to the familiar. My father had no dementia. He wasn’t depressed. Was it Sundowning, or was it the drug he’d been given that caused such a bizarre scenario?

It is as unreal to me today as it was thirteen years ago. I obsessed about the whys for a year, then one day it occurred, What if it wasn’t an accident? What if someone did it to him?

My father was a retired district judge. He was widely respected as a firm, yet compassionate and fair judge. But he had received threats over the years, nonetheless. He had been retired for some time. He was very active in community and church service, a devoted husband, father, grandfather. Would a person bent on revenge seize an opportunity to hurt him? Who would that person be? What would be his or her motivation?

My imagination gave birth to a number of characters who lived in the fictional Winnebago County in Central Minnesota. As a former Wright County Sheriff’s Department officer, I didn’t want to use the actual name of the county, but local residents recognize the towns and landmarks in the books, even with thinly disguised names.

Alvie Eisner is a woman who never recovered from her son’s suicide while in prison. She holds everyone in the criminal justice system, connected to his case, responsible for his death. When she sees the opportunity for revenge, it sends her on a killing spree, planning murders to look like suicides so their families will suffer as she has.

Sergeant Corinne “Corky” Aleckson is a young sergeant with the sheriff’s department and gets the call when Judge Fenneman goes missing from the hospital. As the Winnebago Sheriff’s department characters, and Corky’s family members, developed and fleshed, I knew there were many more stories to be told. Murder in Winnebago County is the first in the mystery thriller series, released in 2008. Buried in Wolf Lake was released in 2009, and An Altar by the River will be out in October, 2010.

Ideas are forming for the fourth book. Many people think writing the first book was a catharsis for me, and in some ways maybe it was. Although the idea was sparked by my father’s death, the judge in my book was a completely different person from Dad. While writing, it was sometimes difficult to see the computer screen through my tears.

When I finished writing and had an offer to publish the book, I asked permission from my siblings because I didn’t want them to think I was doing anything untoward. They all gave their blessings. If I could talk to my dad, I think he’d feel the same.

I did not think something creative and rewarding would arise from deep sadness and loss, but it has. The residents and sheriff’s department personnel of Winnebago County are people you might enjoy meeting. One woman told me, “I feel like I’m going to run into these people on the street.” Another told me she’d love to hang out with Corky and her friend, Sara. I was touched and very complimented by their words. What case is the Winnebago County Sheriff’s Department working on now?