I must admit we have many things to change in the near future to bring America to its feet. But one thing we need to change, and quickly, are rules governing loans to those who want to invest in homes and small businesses.

When the clamp was placed on loans and people have been without a home of their own since the war – returning to forclosures, and scattered families, the government said no loans.  These people were great assets to their communities, paid loans on time, but refused, we are not barking up the right tree. Do you remember when the banks went under and you made every Credit Union contribute to the fallout to help banks, because they were not in trouble like the banks.  Then why Mr. President are you clamping down on them now, they were your security, you should be praising them, allowing them more from the government – not to say add them to the debt, since they are privately run, non profit business? 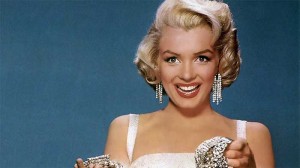 Why Mr. President have you bragged about lowering the interest rates when people are not able to aquire loans?  Why make those men and women suffer who fought for you and our country, but not enough income to hold onto their houses?  This conversation has nothing to do with those who have two or three homes and finally the rich are feeling the pinch too.  They are losing their second and third homes – why, because everyone else can’t spend the money to keep money in their pockets so their profits fall.

Here the President lowers the interest rates on loans and doesn’t allow those who are coming to this country for corporate jobs to purchase a home, when they worked in the same job for many years but transferred.  You, Mr. President will know the name of the company, and will remember several trips and speeches in this area.

First take the Americans who have owned homes before, lost everything because of the war – not expecting 11 years in combat, and families are doing without.  These were Guards, not the Army, Navy and Air Force full time employees. Many of those who went to war went from their office to their airport and underwent a few weeks of training and overseas.  No one was expecting this to happen.  Is it fair that the government is playing with their hero?  Remember when the entire country had a flag waving from their car, porch, office, and so on.  Remember how proud we were to be American, honoring those who suffered in such a disaster.  Well, the disaster is going on right on our soil.

Let’s take a look at the city where I live, Saratoga Springs, N.Y. which was voted the #5 city in the country to visit, live, by ABC News.  Those of us in Saratoga know why, the building has not stopped, but the purchasing from corporate executives, entering the country to work at Global Foundaries have found purchasing a home for their families difficult because of the banks clamping down, risking losing money.  But, the banks would not have had some of their problems in the first place if they didn’t try to pull the wool over so many eyes.  How many of you received a credit card and in fine print it may say increase in a certain amount of days, months, in interest.  How many read the entire thing?  All of a sudden those people who were paying a normal amount to fit their budget, when sky high, and when it happened, the banks were not getting their money, people were trying to get loans, nothing was available.  This, and the men over seas caused a huge “unruffled” beginning to the big crisis.

Global Foundaries has employed over 2,000 people and recently said they will double the numbers with a second foundary.  Already the larger hospitals from the capital region are relocating with sattilite offices, emergency care facilities, pubs, shopping, roads redesigned, house built, condos built, and townhouses.  But, with all this the banks will not give credit to those who do not have a job similair to the jobs they had with previous land ownership.  The new employees from out of the country are finding ways to pay for their homes using their own cash flow, changing it in their country and buying here.  But not everyone, I would say most, do not fall into that catagory.

So Mr. President, if you let the builders build, give small business loans, home loans, and begin building up America to where it was then you will see the economy turn around.  Without the builders, sales are down, jobs are gone, and stores close.  This entire country was built – really built with our hands and now the ability is taken away.

If we gave out loans to the individuals who would begin to see growth in their city, other companies with the cash flow would begin to move in.  People would be purchasing clothes, more at the markets, taking trips, and enjoying their life and family once again.

I know you have been here to see Global Foundaries, and know what I am speaking about.  You mentioned it at several different events in the area when you spoke, Mr. President.  So take this town, city, and village in the area, as a prime example; it can be done if the government agrees.

Inflation and Degradation of the Ego

Gerry Huntman Nov 10, 2013 8
6 Common Writing Issues I have been Chief Editor for IFWG Publishing for nearly four years and in the millions…
Science