More About Autism: Signs and Symptoms 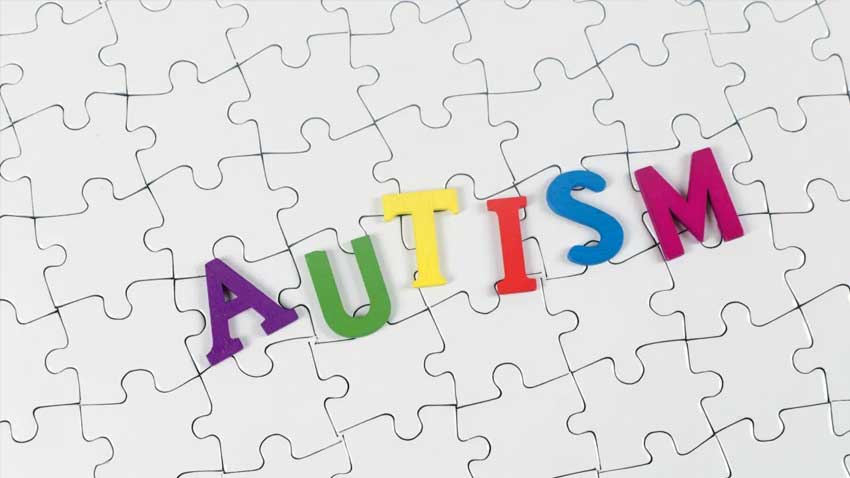 More About Autism: Signs and Symptoms

If you suspect your child is Autistic for any, or no reason that you can really articulate if you suspect at all– follow up. Don’t back down. You are the only BEST expert in your child’s life*

There are seas of pages out there on the Internet that describe quite accurately the initial signs and symptoms of Autism so it took me awhile to decide to add my own often shy and rather meek voice to it. I decided to do it because I’ve noticed one sign of Autism that is overlooked by every list I’ve seen and I want to shout it outright at the top of my list.

This sign that I personally ignored in my son’s Autism cost us 9 months of time in gaining a diagnosis. Longer when I confess to you that at five and a half months into my child’s life I already suspected enough to visit his doctor solely to tell her I feared my child had Autism.

She laughed at me. She said I was like every mother in the world overprotective and over fearful. She dismissed me outright and never bent an inch until my son was over two years old. Ignoring his signs and symptoms, one can only guess pure obstinacy, for a year and a half and longer.

I’m adding my drop to the ocean of pages, literature, diagnostic criteria, and expert voices out there because in my life I don’t know if I will ever quite leave off the pain found in allowing my voice to wisp away in the presence of a person I saw as the expert more qualified than me. In her sight out of fear or I don’t even know what I placidly ignored what I knew.

I am an informed and relatively bright enough woman. In an odd coincidence or twist of fate I’d written two rather solid papers, voluntarily landing on the subject of the condition of Autism, once in high school and one rather detailed one for a college course.

From the moment I saw my son was a boy coming in winter, my mind jolted back in time to all the needling facts in those papers and my Autism fears took hold and would not let go. It was a whisper traveling up my spine and into my heart of the things that were eventually to be. Somewhere deep down inside I think I’ve always known that this was coming to my life.

And even with all of that out of fear or whatever it was, I allowed myself to ignore the first most prominent sign of Autism that there is.

The first sign of Autism can present before any clear cut or exact symptom does. Sometimes a parent is unable to even articulate at this point what it is that causes them to feel the way they do. It’s a fine rising of awareness and tuning in and a feeling where there had not been one before. The first sign is almost always a parent’s unformed yet persistent suspicion of Autism.

It’s the niggling thought that creeps slowly in, intermittent at first, then growing in strength than a thing that finally cannot be ignored. It is often the most accurate sign of all and yet it is the most widely ignored one. It is overwhelmingly dismissed by both parents and physicians alike. I aim to put it at the top of my list.

In terms of the medical signs and symptoms of Autism, I do want to reiterate that it is a pervasive developmental disorder (PDD). Autism is said to be pervasive because it can affect every part of the developing child’s neurological and social development. And Autism is classed as a disorder not a disease. In the case of Autism, there is a very meaningful distinction between those two words. An Autistic child or adult is not ill.

Spectrum means that every person with Autism will have differences both in impairment and function. Autism is an umbrella under which a wide array and set of symptoms and problems of function occur and they all fall under the wide rainbow of the same disorder.

In many cases like in that of my son, there is no point able cause, no exact understanding or reasoning behind why it has happened in the brain of the child who has it (NOS). Autism goes by many names and letters but they all mean the same thing.

You hear of Autism as A.S.D. (Autism Spectrum Disorder) or sometimes it goes by the string PDD-NOS (Pervasive Developmental Disorder-Not Otherwise Specified) meaning A-typical Autism or a person who displays many, but not all of the symptoms, of classic Autism and there is no known cause.

If you throw the term Aspberger’s Syndrome into the mix, the often higher functioning form of verbal Autism, well you can see that from the gate Autism is a confusing place to be. Finding where you’ve fallen under this rainbow is quite the puzzle. And that is probably why the puzzle piece depicted in bright primary colors has become the world-recognized symbol for Autism Disorder.

When one reads up on Autism’s signs and symptoms it is often described in male terms. That is because Autism strikes four times more boys than girls. 1 in 70 boys will be born with the disorder.

But, 1 of every 110 babies being born today will have it so the number of girls being born with spectrum disorders is no longer a thing to be overlooked. Many girls are struggling with a condition that was once attributed most strongly, often to the point of exclusion, to boys.

There are many famous people throughout history who are now believed to have had some form of Autism or other. I am in no way quoting these as absolute sureties. There is no way to know for certain as Autism cannot always be tested for, unless it is one of the two genetic forms Rhett’s or Fragile X, there would be no way to prove it.

But, certainly, some of these people displayed some rather striking similarities to boys and girls today who have known Autism and there has been a lot of speculation about them. Some of these people include Emily Dickinson, Isaac Newton, Albert Einstein, and perhaps even Thomas Edison.  Einstein is my personal favorite to consider.

Every parent of an autistic child in the world has been told at least until their eyeballs and ears bleed that Albert Einstein didn’t speak until he was four, and then he taught himself genius math. I’ve many times wanted to shout back “YES, exactly, because he might have had AUTISM!”  And if he did he would have been considered an Autistic Savant.

Another very famous Autistic Savant who has done miraculous and amazing things both in the world of Autism and in the humane and ethical treatment of large animals and livestock would be Temple Grandin. Temple was born in the 1940s in the time when Autism was called Infantile Schizophrenia and was almost exclusively a boy’s problem.

Her mother was told to put her child in an institution, that there was no hope for Temple, and that she had caused her mental disease. Temple did not speak, she made no eye contact, and she was considered hopeless as a young child. She went on to use her Autism to “Think in Pictures” she has helped to design more than 1/3 of all the humane large animal handling facilities in America.

She’s designed humane methods of slaughter and is famous for her creation of dip vats that she designed by “using her Autism to see exactly as the cows do”. She’s created parts and designs for aircraft and many other things. She is a Ph.D. holder, an author, an inventor, and a public voice for Autism.

Somewhere in the 1980’s Temple began focusing on raising understanding and awareness for Autism. Temple’s is often the first story today’s parents of Autistic children are told to look at both in terms of Temple’s successes and because of her mother’s determined devotion that played no small part in how she rose above her disorder.

If your child has been or will be diagnosed with Autism there is hope. I encourage you to right now begin listening to your own heart and to find your voice. You are your child’s best advocate and you are his/her best voice. And you are not alone. Everywhere you look you will begin to see us here in a world you probably never noticed before.

You will see us holding the hand of a tiptoeing wide-eyed kid in the mall or down your block. You have lost the dream of the “perfectly normal child” and it is a significant loss. It must be mourned. No matter what any well-meaning friend or family member says, I am here to tell you, to cry it out for as long as it takes if you need to.

Some days you may feel on top of things again only to dash back down to the rocks for no apparent reason. And that is because Autism is a process. For me, it was much like the five stages of grief in a dying person. Because for me the death of the dream was very real. So, if it is like this for you give it time. Time has been a great equalizer for me.

The four best pieces of advice or words of wisdom I heard upon getting my son’s diagnosis have stuck with me and I’ll pass them on here:

*Nicholas is still your son. He’s the same as he was yesterday nothing about him or your love has changed because of the word Autism. Autism changes a lot of things but it doesn’t touch your love for him in fact it might make it grow. You can do anything, cope with anything, make anything happen for the people you love.*

*Find your inner bitch, shake hands, feed her well, and let her step up because you’re going to need to kill that nice girl inside of you.*

*Lower every expectation you ever had for him and then step back and be prepared to be proved wrong again and again. *

If you’re new in the land of Autism tap in and find support groups. There are so many people out there who are where you are and I assure you that you are not alone. Go easy on yourself and begin to prepare yourself for a swishy-swirly watercolor journey that will make you bigger and stronger than you ever thought you could be if only you let it.

Jack Eason Aug 29, 2012 0
A Claytons Review: Claytons is the brand name of a non-alcoholic, non-carbonated beverage coloured and packaged to…
Writing