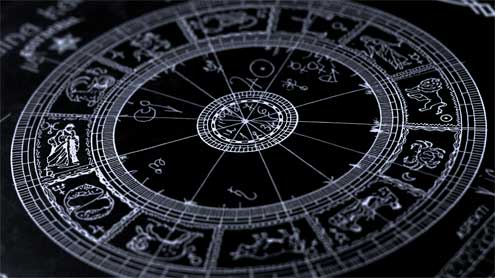 So the Mercury is ending its retrograde journey or beginning it, including the suns solar flares.  Thus, strange behavior becomes the new norm, a lot like what the full moon does but only worse when you become misinformed like the rest of us. Media hysteria?

Perhaps it is psychology against human nature that is the real culprit. What type of sane observation would come from Dana Andrews, the psychologist from Demon Nights the movie?

His character did use it against the Cult Leader and got the girl at the end because of it. Is there something to horoscopes? Lots came from alchemy in the middle ages. Sir Arthur Conan Doyle was known to be into spiritualism. Maybe the experts need an anomaly to throw them off from their textbook theories? That being said, I once read a fortune cookie that said: “You tell long boring stories for no reason.” Forgive me if I digress.

Last week, a zookeeper did his rounds at the Calgary Zoo. Only one thing went wrong…he forgot to close the latch for the Gorilla pen. After his duties, he went to the Staff lunchroom, finding it full of animals from that evolution chart! They fired him. Back in 2009, he left a knife in that same pen and that caused international headlines.  So the ZooKeeper went to Calgary City Council and demanded to have his job reinstated. After all, he had been a Zookeeper for 25 years.

The world is cold and they told him to hit the road. So he has no job. He goes to the media. Again with the headlines.  Now, this same Zookeeper wants to go on a speaking tour. He should check out this link. He could sign up for free, pay more for extra perks, says he knows me, tell them where he read about it, and they could give him a deal. He could win a prize! Forget the horoscopes, solar flares, that mercury retrograde thingy…this Zookeeper should have a reality show, promoting donations to zoos around the world!

Maybe he has that It Factor! Listen to the forces of nature! FYI, Charles the Gorilla, who lives at the Metro Toronto Zoo, and he got an Artist Grants from Canada Council and Toronto Arts because he dabbled in expressionist painting in the past which were sold at auction, raising much-needed funds. That’s right, you read it correctly, Gorillas can draw and the authorities gave Charles the Gorilla artist grants too. My sources are accurate too!  But…. people are cynical these days.

A Walk Through the Garden

Call to the Spirit

Joyce White Dec 11, 2012 1
Write and Read Poetry Genuine poetry can communicate before it is understood, the unknown healing all wounds of…
Publishing