Tired of dancers, singers, choirs, and chefs? Get ready for the next spectacle on TV — Writing has become the new broadcast manifestation.

At first glance, the format reminds of X-Factor, with a jury judging four candidates during each transmission. The Italian RAI 3 channel, known for its semi-nudity in game shows, already had difficulties maintaining its credibility, but with the introduction of this new show, the Italian press called it a ‘degradation of the written words’ cultural value,’ even before the first show aired. 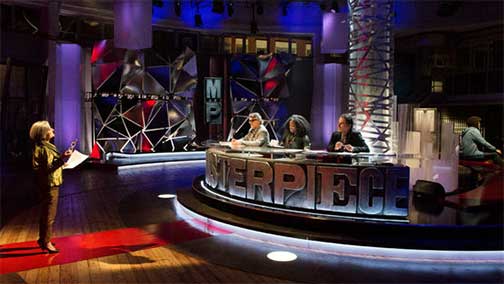 Contrary to most predictions, Italian authors massively abandoned their attics for this event, amounting to over five thousand applications. The first prize is a major book deal with a large Italian publishing house, consisting of a first edition of one hundred thousand books, and an awesome amount of publicity most authors can only dream of.

The RAI 3 producers made sure this show would contain all conventional ingredients: an expert panel of judges – the novelists Andrea De Carlo, Giancarlo De Cataldo, and Taiye Selasi — delivering life-altering verdicts while creating immense exposure and fame, interwoven with all the imaginable human drama methodically recorded on video.

The contestants must first pitch their novel during a 59-seconds elevator ride and are then given a task for the day. They have 30 minutes to write a story about their experience, after which they should read it out loud.

The channel carefully opted to collaborate with FremantleMedia, producer, and distributor of reality franchises around the world, like ‘American Idol

A dedicated team of readers worked itself through the pile of applicants, while producers conducted screen tests, resulting in the selection of a dozen contestants for each of the six episodes.