Man On Hunger Strike to Stop Deportation to Iran

Kavoos Soofi immigrated to Canada from Iran in 2004 through a student visa. It expires every 2 years. In 2006, he renewed his visa and applied for refugee status. He was rejected outright and appealed through PRRA, a form of a pre-risk assessment format.

A few weeks ago, he went to get the results and the authorities said it was rejected again. They then told him to go to Ottawa to get his travel documents, and prepare to travel back to Iran.  When he explained his situation would be dangerous in Iran, they arrested him and placed him in Rexdale Detention Center. 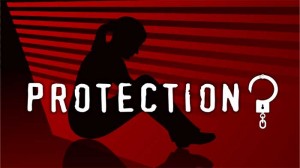 At first, they asked for three thousand in bail money, but then they rose it to twelve thousand dollars, finally denied him any release options whatsoever.  Such a situation led Kavoos to go on a hunger strike. This led to the authorities to move him from Rexdale Detention Center to Toronto Metropolitan West Detention Center.  They threatened him if he did not end his hunger strike, they would put him in the criminal section of their facility.  “All his family and friends wish to do,” said his brother Kiomar Soofi, “is give Kavoos another chance.  Stop his deportation,” continued Kiomar, while he looked at me. “We want his file reviewed again because we are extremely worried if he returns to Iran, there will be torture and it will be much worse.”

Kavoos Soofi has lived in Canada for 8 years, always legally worked and paid taxes. “He is a hard worker,” said his brother. “He created a job in the community. He has never been on welfare, or involved in criminal activity. He has lots of deep relationships with his friends and family. His friend, Medi Shams,” Kiomar pointed around him, “shut down his shop. All the last 2 weeks, Shams has been involved in the campaign to save his friend, our friend, my brother.”

“As a Canadian,” he continued, “I came to Canada because Canada is a free country. And I expect my community and all Canadians, especially the government, immigration officers and judge who have behaved inhumanly. We respect any decision they make but there is new evidence which happened after 2009 which puts Kavoos’ life in more danger if he returns to Iran.”

Apparently, in 2009 Kavoos Soofi posted anti-Islamic postings on face book, comparing Islam to Nazism and Dr. Mahmoud Ahmadinejad,  the President of Iran to Hitler. These posting were later removed.  Quite recently, Iranian-Canadian blogger, Hossein Derakhshan, was sentenced to more than 19 years in prison for his online comments. Thus, many fear Kavoos Soofi could face a similar situation.

Protests are planned all over Toronto and all is welcome.

Join the petition to save Kavoos from deportation at: http://www.kavoos.org/ .

An area businessman even stopped 100% his business activities at Sign & Print until February 7th. He offered his store at 6186 Yonge Street as the main quarter for this stop the Kavoos deportation campaign. Medi Shams can be reached at www.signandprint.ca , or you can call him at 416-512-9915.

Hidden In Your Heart