As you may be aware I like to watch Squawk Box occasionally, it was nice to see Becky returned in good health, she brightens many people’s day. I have noticed that Joe is a little more subdued recently, he sounds like a reasonable and caring person, most unusual, is there something he intuitively believes, does he think that President Obama is going to get re-elected? 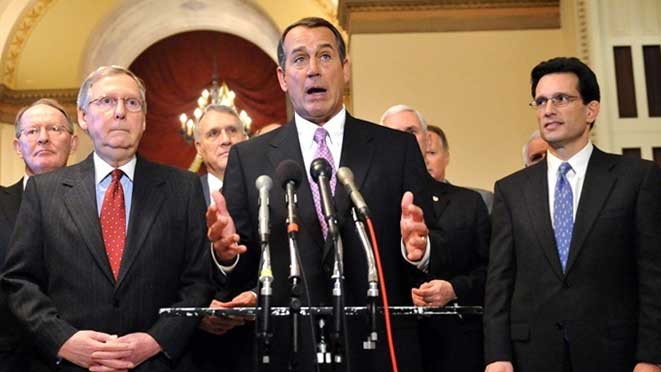 Are the Republicans so dogmatic in their aversion to Tax increases that they are making him seem like the victim in a political squabble within the House.

Neither the Republicans nor Democrats are being viewed as people who care about America or the American population, they certainly do not care about jobs for the ordinary man, nobody seems able or capable of producing jobs out of thin air, perhaps that is the problem?

I have noticed that many Americans are prepared to pay a premium for high-quality food that is organically grown. Large supermarkets have risen to meet this need, so here is a job for you Joe.

Get shoppers to buy American made goods, every time they go into a supermarket, look at the labels see where the electrical goods are made. The vast majority are made in China. Also check out your clothing, all made in India or Mexico, so here is a slogan for whoever wants to get elected,  BRING HOME THE JOBS, perhaps there is not some super new industry which will employ millions of Americans, what do people buy? Phones, Computers, electronic gizmos. All made in China and Korea.

The time has come for politicians to look after the voters, give them back their self-respect and jobs, I watch politicians one after the other troupe out in front of the cameras and give forth on how to get rid of the deficit, save the country, vote for me next year I am a reasonable man.

Really? Or is it just let’s get rid of the man in the White House. Why is it necessary to get rid of the deficit right now, in the middle of one of the worst economic downturns in history, does that sound right to you.

So come on Joe, if the politicians cannot help, you can stand for President, bring the jobs home, if you subsidize agriculture why not manufacturing, and also what a good name for a supermarket chain.

MADE IN AMERICA. That’s a recipe for success. It is better than paying higher taxes!