Many others, like my own Second Wind Publishing, are exhibitors. In our case we offered book signings by seventeen regional authors with books that have come into print in the last six months. It was a remarkable experience for us, not to mention being great fun. All in all, it was a heady day for a medium-size independent press. 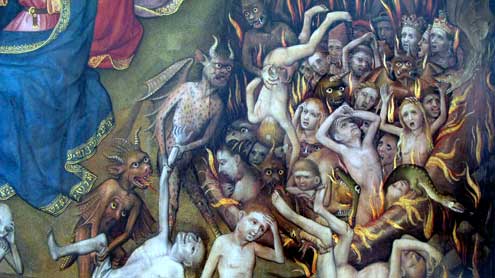 There was a fellow walking around the festival wearing a t-shirt with a familiar saying printed on the front: “We regret that your work does not meet our current publishing needs.” How many writers have a drawer full of rejection letters just that curt and unhelpful?

Seeing that shirt—and feeling that writer’s familiar pain—I found myself thinking about one of our authors who was celebrating the launch of his first novel today. I’ll call him “Jay” so he won’t feel singled out if he reads this post. Jay submitted a manuscript to us the better part of a year ago. It was overly ambitious, rough and too long by a factor of three. It didn’t take us long to tell Jay that we weren’t going to contract with him. What made the experience different for him, and for everyone who submits to us, was the way we told him “no”. Our editors took the time to explain in general terms why the book didn’t work for us.

Often writers react to our rejections with gratitude. They tell us they have been turned down by large, prominent publishers who never gave any explanation. To be sure we have also had occasions when a writer blasted us for our lack of literary judgment. We understand that too. Submitting a completed book, regardless of its quality, is a huge emotional and intellectual risk. Writers trust us with their art and we must respond with respect—and truth.

Jay, however, found a good editor and spending six months rewriting the entire manuscript. We responded to the second edition of the book by rejecting it again. This time, though, one of our editors sat down with him and went over a list of issues we thought still existed within the novel.

The third time Jay wrote the manuscript was “the charm”. The story came out taut, consistent and beautiful. We had no choice, really, but to publish it. Today he sat at the authors’ table signing copies of his book. He also expressed that he has put into his second novel everything he “learned about writing” in his first book.

I relate this not because it’s encouraging and heartwarming—although it is. Rather I tell this because of some of the truths it affirms about publishing in 2012:

First, we are living in a period of publishing evolution and revolution. Evolution, unlike growth, happens in dramatic and unforeseeable fits and starts. The technological advances of this age have “leveled the playing field” for publishers in several ways; this is the evolutionary aspect of publishing. The revolutionary aspect comes in the form of self-publishing: not only can anyone arbitrarily print a book, but that “anyone” can make it available worldwide. For us, this wide-open publishing frontier makes it possible for companies like Second Wind to exist, to be extremely creative and to draw the attention of potential authors as well as multitudes of readers.

Second, the explosion of self-publishing has actually enhanced the role of the publisher and particularly the small and mid-size publisher. A publisher, as opposed to a vanity printer (aren’t they sly, ubiquitous and expensive these days?) or a self-published author, offers a sort of quality control. As I said earlier this year during a seminar when I was asked why a person should seek a publishing house rather than self-publishing, “Meaning no disrespect to those who publish their own books, an author is going to be taken more seriously by readers and reviewers if they have a legitimate publisher.” Jay could have published his own book. He understood that working to acquire a publisher elevated the stock and the quality of his work.

Working with a company like ours, third and most importantly, provides literary and personal support for authors. I listened to Jay interact with other Second Wind writers today. The collegiality of fellow authors and the sincere interaction with editors and a production team that he experienced during the last year not only isn’t available to self-publishers, it typically isn’t available with the monolithic large publishing houses either. Yes, there are agents. Yes, there are “publishing coaches.” I wonder, though, how often a self-published writer has a day like my friend Jay had today—and he knows we’re going to work with him to make certain his finest literary days are still ahead of him.