What spirits lurk in your house? A news headline read, “Learning of suicide, home buyers want out.”

This article, which appeared in the April 7th issue of our local newspaper, naturally piqued my interest. 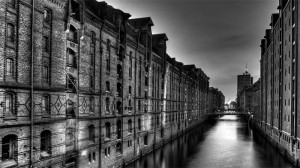 It was the case of Wai Kai and Choi Wan Young who purchased a house from Emilio and Dina Uribe in August.  Three months later they learned from an Asian crew working on the property that a relative had hung himself in the house a year earlier.  The buyers should have been told before moving in but they weren’t.  Although the three-bedroom house at $423,000 seemed like a good deal, it was not a good buy at any price, especially to the Chinese.

It’s a fact that many Chinese are superstitious. The man’s suicide is considered bad luck so the residents want out but the Uribes refused to cancel the deal.  The Youngs saw no way out so they filed suit.

Asians believe in life after death and purposely avoid properties where anyone had died. Their strong belief system is that the spirit of the deceased can influence the living, especially residents in such a house.  The gwei (spirit) has the power to create problems which plague human beings. They can make them sick, take possession of them, haunt their houses and bring misfortune down on their families.

Now if this spirit is part of their own family, the Chinese would carry out complex death rituals on behalf of those who have passed on so that it can release its’ hold on earth and pass through to the afterlife.