By Maya Kavita Last updated Feb 6, 2015
0
Share
Las Meninas is one of my favorite paintings. It was painted in 1656 by Diego Rodríguez de Silva y Velázquez – you gotta love Spanish names. It’s a large family portrait (125.2 in × 108.7 in) and it hangs by itself at the end of a short room in the Prado Museum in Madrid.
Go to this link and zoom in to check it out and better understand what I’m about to say about it.
One of the numerous odd features of Las Meninas, is that Velázquez himself is a character in the painting. (He’s in the foreground at the left, looking out from behind a canvas at us, the viewers.) 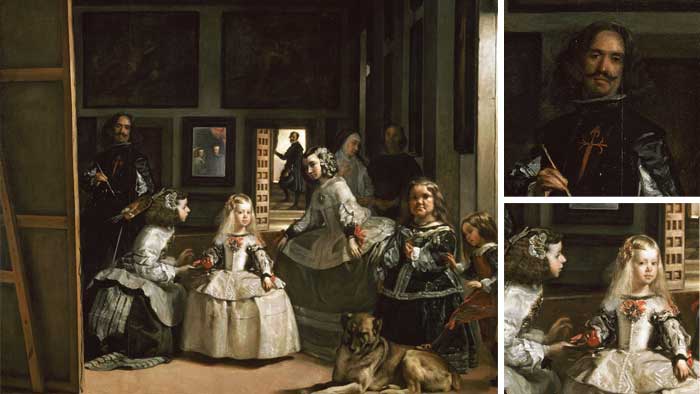 Scholars have debated the picture’s composition, its characters, its purpose – but the truth is that Las Meninas is mysterious.

So, now I’ll segue to a question: How’s your book coming along?

Are you, the author “in the picture”? Do you look out from the pages at the reader and challenge them to look back and see the art, the illusion, life?

Do you tell the readers own story back to them?

Or do you tell them your story, a non- fiction after all?I sometimes wonder what would happen if I could press a magic button, so that the characters in Las Meninas would come to life. I wonder what story they would tell. And would Velázquez have to make a quick exit to get out of their way so they could tell it? Or would the story, in the end, be about him, the one who painted them?
After all, all portraits are really about the artist, aren’t they.
And all stories are really about the author.

Maya Kavita (J I Kendall aka – Joan Weston) worked for many years in the IT industry. She began writing with her books, The Greater-Than-Riches mystery series. Based in Toronto, Maya says, “I spent many years in an HR job, helping our company downsize. My work was harder than George Clooney’s in the movie Up in The Air because I had to fire a lot of people that I had hired and trained, whose families I had met. I even had to choose who would be fired. I had to help them carry their personal belongings to the door, and I searched their boxes while they watched because I was instructed to make sure they hadn’t stolen anything from us. I write from my experiences.”

Dancing In The Sunlight