Kaleidoscopes, Butterflies, and Papers in the Wind 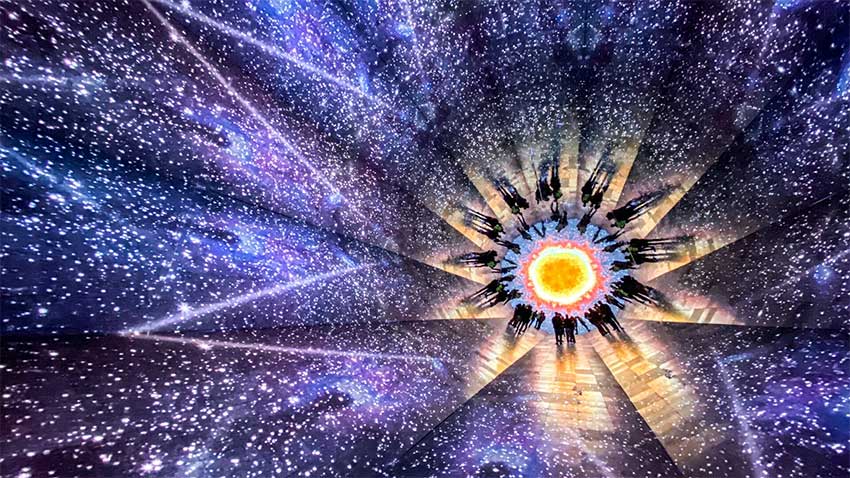 Kaleidoscopes, Butterflies, and Papers in the Wind

There are moments that catch my breath and make my heart tremble and begin an ominous movement like a landslide, they take me back to December of 2009.

My eyes gather themselves taking aim like a bead and scope when I see little children somewhere around two or three years old playing with the sunlight beams and waggling their fingers through the cascading collision of dust moats to the light that most of us can’t even see.

The world around me blurs and loses definition, sharpening instead to focus on the vision of children who are bringing their fingers up to their faces and flicking them in front of their eyes as they spin in the dancing beams up on their toes in silent ballet, watching the patterns of their movements shift kaleidoscopes on the floor.

Yesterday I watched this scene play out at the gym. The child was dancing and flittering on the sunlight patches splayed out upon the hardwood floor.  I saw a mother looking baffled as she called out her child’s name over and over again—finally exasperated, she walked back to take his hand.

The child jerked to flap his hands up by his ears and he turned his body slightly away from the sudden touch. Suddenly the child began to hum a low constant thrumming tone, and then he would irregularly pepper it with odd grunts before returning again to the steady low hum. In his hand, he trailed a bit of paper that he made dance before his eyes. Every line in the child’s body was pulled away from his mother though his hand seemed pliant and limp in hers. Every eye in the room was drawn to them.

I was just stepping up to my workout machine as I heard the mother say to someone watching from the desk inquisitively near “We think he might have a hearing problem, he doesn’t seem to hear when we call him and he’s not speaking much. We think he can’t hear certain tones so it is affecting his speech” She smiled almost sheepishly at the avidly watching young women behind the desk as she determinedly pulled her son away.

I watched them move away, the child dragging back a bit with one hand in mom’s, the other letting the piece of paper drift in the slight breeze he made in his passing. He was so intent on seeing the paper move that he ran into a chair on his way out, dragged there by his mom’s hand, he didn’t respond to the chair; he just waited for his mother to navigate him around it.

As I watched them move away with the boy periodically rising up to walk upon his tiptoes, my breath hitched before it caught itself and then expelled ragged from my chest.

He had not once looked up to meet any eyes, he had not responded to anything, he seemed to be drifting in his own place slightly above our shared space and he seemed tethered here only very lightly by his mother’s hand. They cleared the large glass door and stopped just outside of it, and though I could not hear anything anymore, still I watched them.

I saw the mother, once having escaped the gazes of the women at the front desk and the childcare room and their youthful rapt brand of cool and dark curiosity, come to a stop. I saw her still her whole body to drop down to eye level and look at her child in an instant of sharp alert watchfulness on her face.

I saw her speak to him sharply or seriously and gently shake his shoulders as if trying to wake him up. He did not seem to respond at all, eyes still on his own fingers flicking in front of his face and still trailing the splash of white paper.  She said one last thing then sharply grabbed at the paper and snatched it away from him as she gently shook his shoulders again.

He suddenly began to thrash his entire body to jerk away snatching his hands back at the paper. The mother held the paper just out of his grasp.  I watched as he let loose a hizzy of spinney full-bodied jerking in a fury of fractured movement. Just as suddenly he threw his head back and opened his mouth in what certainly looked to be a full-out fury of shrieking as he began slapping the sides of his head. In a sudden rush, I watched the mother hastily let go of his shoulders and thrust the paper back to him.

He grabbed for it immediately. It was like a storm had calmed and had in an instant changed its wind speed and course of direction. He began a more gentle kind of hand flapping with both of his hands up and down in front of his eyes and he spun in small quick tip-toeing circles away from her.

Again he stared wholly fixated on the paper in his flappy hands.  She stared frozen for a moment and I watched her jerk herself and lunge quickly to grab his hand just before his feet left the curb and he tumbled back full body into the parking lot. He showed no reaction at all.  She stared hard at her child. 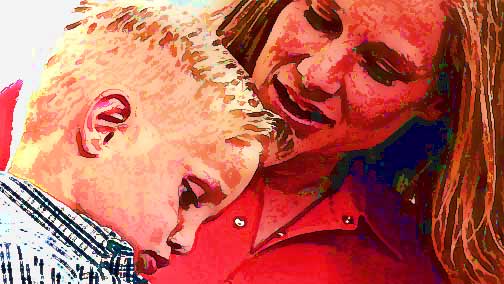 Then I watched as she gave a slight shake of her head and the spell was broken. Her face rearranged itself, she looked every bit the busy mom in a hurry. She lifted her face and turned her attention to a fixed point in the distance she tightened her grip on the boy’s hand and she moved them quickly away.

I watched the boy drifting gently on tiptoes at her side, the boy who was still watching the paper he trailed in his hand. He watched it as it danced in the wind until they were out of my sight.

I listened to the childcare worker come sidling up to the desk to gossip with the girls there and I caught little fragmented bits of their whispered eye-rolling conversation. “So bizarre! Something is wrong with that….not even once…at circle time…crazy sounds…weird…gives me and the other kids the creeps.”

I slid my earbuds in. Resolutely I turned up my iPod and I began to step furiously. With force, I tried to bury myself there and left the women at the desk to their own musings.

It wasn’t easy. Because the truth is that I cannot shake the images. The feelings once stirred up are hard to escape.  In my years in Puzzle land, I’ve seen versions of this scene breaking out again and again. Sometimes, I’m certain to have been wrong. It’s hard to tell much from a snapshot moment. Yet, I am fairly sure that I know what I was seeing this time. I could be wrong. But, this time I’m pretty damned sure that I was not. I also knew almost instantly that I’d be writing about it later.

When I see things like what happened today I go right back in time to the time when my life was changed. Sometimes this happens quickly, it is as if my eyes have radar and when I spot these kids, it hits my eyes and pours in quick and hard.

More often, when I see these things it plays out in vivid sharp colors fragmented with splashes of my own awareness and it drags itself out in achingly slow motion. The description of this child and mom is one that played out slowly in the detail that I saw it, but in actuality, it was only a very small space of time.

I wonder sometimes if there is something I should say to these total strangers to whom I feel such an instant recognition and connection? But, then I think not. I do not know them and they are not speaking to me, they are just going on with their own lives. Usually, these things unfold much too quickly to react anyway.

Yet, my eyes are drawn to scenes like these again and again. I can pick out the immediate beauty and ethereal quality in the way these children move to flit like butterflies alighting for moments there just on the fringes, moving just at the edges of all of us before they flit away.

It stops me still with its ability to be so beautiful and heartbreaking all at once. But, I am not asked. I do not even know them. My tongue is stilled. My awareness is keen—but I say nothing to these people.

I also ask myself how would it have felt to have my denial shattered un-invited at McDonald’s or the gym?  I silently wished them both well and I began to let that mother and her child go. The Crue and Helter Skelter blared in and filled up my ears and my feet pounded out harder until I was breathing crazy and there was little room for much else in my thoughts— except sincerely trying to not die while I was becoming so damned healthy.

But, I found myself wondering softly just before they were gone completely from my mind– does the mom know? Is she ready for the ways her life will change? Is she ready for the lifetime that she will spend chasing those unbearably bright, beautiful, incredibly fragile, and tender spun-like glass meetings with her son? Is she ready to build bridges and to break down walls and to find a way across the chasm?

Is she ready for days of kaleidoscopes, butterflies, and papers in the wind?