Jon Stewart Takes on Everyone

It is fifteen years since Jon Stewart became the host of The Daily Show, a satirical news program that airs on Comedy Central. 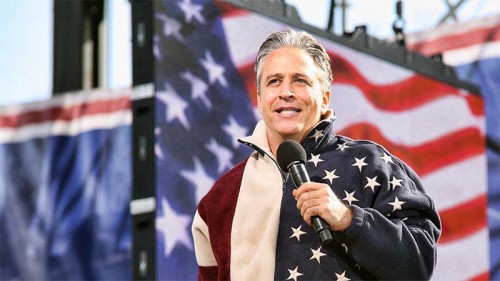 During that time, he has become a little older, a bit grayer, but hardly changed. He appears night after night neatly in a suit on Comedy Central to rapidly analyze the daily news with sharp focus and comments.

Big names like Hillary Clinton, Bill Gates, and Barrack Obama were guests at Stewart’s show during recent years. The program was overwhelmed by the positive reviews and awards (including nineteen Emmy Awards!).

Stewart has a vast knowledge of politics, and a great support team, but also knows exactly what he wants, bringing his sense of humor into the show.

Cautious critics argue that Stewart now exerts a considerable authority in the public debate but avoids responsibility by labeling himself as ‘just a comedian.’ The Daily Show is much more than a comic news –show. The program is organized to leave the grounds of jokes to make room for serious discussion. An example is Stewart actively campaigning for better treatment of US veterans. 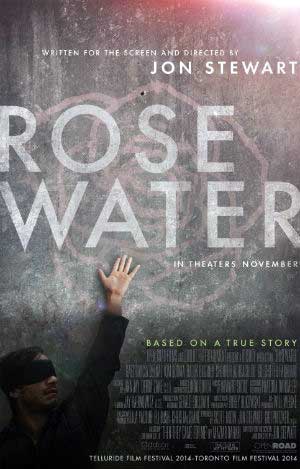 The impact of the show with its loyal audience of young Americans is significant. In 2009, Stewart was even voted the most reliable newsmaker of the USA in an online election of Time magazine.

Stewart still wishes to be no more than a comedian and ridicules everyone that threatens to take him seriously. Thus keeping his hands free, he does not appear to have a political agenda and does not take sides. As a result, he can continue to address anyone, both left and right.

His movie ‘Rosewater,’ released in November 2014, accounts of Maziar Bahari’s 2009 imprisonment by Iran. Due to the content of the film Stewart has been accused by Iran’s State TV of working for the CIA, in addition to being funded by Zionist.

Have A Relaxing Day At The Spa!