If one more person, male or female, tries to tell me that there is no longer a problem with gender balance/ inequality, or asks me, ‘what do women have to be so mad about?’  I am going to make them a super-duper special lemon-meringue ex-lax pie (and I hate to make pie)!

This ungrounded, fantasyland nonsense ‘that was yesterday, this is today’ serves only to slow or stop progress, to confuse, to distract, to side-line… And our sisters deserve and need much better from us than this! (If you are imagining it so, visualizing it so, or speaking it into being, then fine~ but do so consciously, clearly with that intention and say so!) 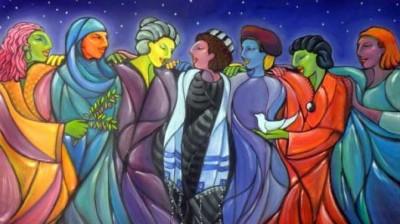 We can not change what we will not acknowledge.  So on this international women’s day, I devote myself to doing just that! Please join me in raising awareness of the truth of the state of being of girls and women worldwide today in 2014.

I can’t possibly address every cruelty and injustice suffered at the hands of our sisters, so I apologize for the things that I omit. But let this serve as a door opener for you to do your own research and due diligence. Let love rule! ♥

Let us not forget that every day, a scientist or inventor somewhere is being blackmailed, beaten, bribed, kidnapped, discredited, made to disappear, killed, or thwarted because (s)he is working on clean energy.

Let us not pretend that women aren’t sexually objectified into 2-dimensional things to be judged solely on their body parts by their bosses & coworkers.  Let us not forget that the supermodels who are held up as the ‘ideal beauty standard’ have not had a balanced meal in years and more often than not, are hopped up on coke.

Let us not forget that more than 75% of children in the black community are being raised without fathers.

Let us not forget that women who stand to defend their sisters are falsely condemned as ‘negative,’ ‘man-hating,’ or ‘victims!’

Let us not forget that in many parts of the world today, women are not allowed to vote, drive cars, make money, own property, or for girls even to attend school!

Let us not forget those who had their god-given clitoris cut off so that intercourse will be painful, and they will experience no pleasure!

Let us not forget that even in the United States, girls are thrown out of their family homes for being pregnant, while boys who do the impregnating suffer no consequences and take someone else to the prom.

Let us not forget that athletes, from high school to the pros, are protected from consequences including rape, molestation and murder because we value sports and money above life and justice.

Let’s not forget that while Rush Limbaugh yells until he’s in a red-faced frenzy about how Sandra Fluke is a ‘slut’ because she defended birth control rights, he not only still has a job, but most likely has an entire team of lawyers devoted to protecting him from paternity suits!

Let’s not forget that while Republican US senators & congress members make unnecessary transvaginal ultrasounds mandatory, while making access to birth control, abortion and women’s health services nearly impossible, there is no legislation whatsoever governing the reproductive systems and rights of men, including the use of Viagra. More to the point, let us remember that members of the same party have been involved in scandals of infidelity, ‘illegitimate’ children, bathroom perversions and have the Secret Service cover their tracks for them on taxpayer dollars!

Let us not forget that most women are killed, abused or raped by someone they know, usually their boyfriend or their husband.

In parts of the world, women are not allowed to choose who they marry or partner with. Women are still imprisoned, stoned to death, considered unmarriable for being raped, or not a virgin. Women are thrown out of the family home for being raped, left with no other choice but to turn to a life of prostitution.

Let us not forget that women are being raped and terrorized, in an attempt to disempower them!

Let us not forget that in parts of the world today, women have to walk behind their husbands and are not allowed out of the house alone. In parts of the world, women can not show their hair, their arms, their legs or even their faces!!

Let’s not forget that girls in India are told, “if Allah wanted you to question, he would have made you a man.”

Let us not forget that 85% of streetwalkers were molested by their fathers/step fathers and that the life expectancy of a streetwalker is 5 years.

Let’s not forget that god was once considered a female that women were once honored and worshipped for their intuition, softness, care taking, life-creating and other gifts. ♥

I could go on and on, but I will leave the rest to you and your conscious awareness, personal research and due diligence.

When God was a Girl – BBC documentary
It’s a Girl – documentary film
(Unfortunately, at the time of publication, these documentaries were not available on YouTube anymore.)