In Memory of my Daughter, Kaitlyn Nicole Elkins

On April 11, 2013, I got the most dreaded call that any parent could ever get, a call from the police in the town where my 23 year old daughter Kaitlyn was starting her 3rd year of medical school at Wake Forest School of Medicine.

He said he had to talk with me about my daughter and that I had to go there to be told what he had to say. I begged this man to tell me then, as I would have a 3 and a half hour drive to Winston-Salem.   My initial split second thought was, “Kaitlyn is in trouble!  She’s never been in trouble in her life,” then my thoughts turned to other things and the blood left my body as he told me what happened. He said that she was deceased.  I envisioned her getting into an auto accident and when I asked him what had happened, he said that she had taken her own life.  My world and everything I’ve ever known came crashing to an end at that moment. 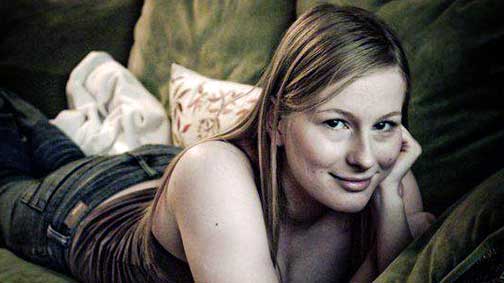 She had friends; she had just taken a Step One medical board exam that she felt she did well on.  She was an artist, a writer, avid runner, she had common sense and was wise well beyond her years.  She was excelling and seemed to have the world in her grasp.

She wrote my husband and I a two page suicide note, (as well as letters to some of her friends and her sister Stephanie.)  In this letter she stated that she had been sad all of her life and had worked very hard all her life to hide it and protect us from it.  She said that she knew she would have been a successful doctor, wife and mother, but that she was exhausted from the weight of the sadness she has had all her life, could not go on, and this is what made sense to her.  She stated that I might wonder why she had not sought help and that she did not know why herself.

She was a high achiever, but we never put any pressure on her to succeed because she set these high goals for herself.

The reason I am writing this letter is to tell all parents, friends, or spouses, that no matter how happy someone seems to be, there may be a devastating depression within that they are hiding.  Parents, ask your children from time to time, “how are you really doing?” and make them talk about their feelings.  As you do this, I hope that they are forthcoming with you, my daughter was not and we had a very good and close relationship.

I’m devastated by her loss, lost in a sea of “what could have been”, the wonderful life that she could have continued to have had.  But I celebrate her life, thanking God that I had the honor of having this beautiful being in my life for 23 years.  But I wish I had more.

If this letter helps at least one person to come forward with their depression, or a loved one to ask about it and have that child open up to them, then it is worth it.

Rest in peace my beautiful daughter, the peace that I thought you already had.  And as I’ve always told you, I love you bigger than the universe.

I'm a 53 year old registered nurse and have been for 20 years. I have a husband and have been married 32 years. We have 2 daughters, Stephanie who is 27 and married and living in another town. My youngest Kaitlyn, was 23 when she took her own life at the beginning of her 3rd year of medical school 4-11-13 . My stories are about my grief and trying to live with this horrible devastation because she was the light of my life and we were close. She never showed signs of depression, never told anyone, never sought help. We never knew she was depressed until her suicide note. I have not worked since she died. I just write a lot.