How Anastase Broke Himself

My Rwandan friend Anastase and I have started working on his biography.  This is a story from a few years ago. How Anastase Broke Himself.

We had a softball team at work. Now, Rwandans are fairly athletic because of all the walking and hardship. Anastase was once on a national board for Soccer in Rwanda. He was new to softball, but became good at it quickly. 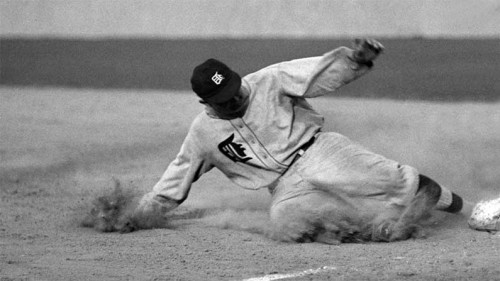 It was September 2007, and our last game. He hits a long fly ball, he is coming home and like something out of a baseball movie, he DIVES into home. He is safe, Grand Slam, four runs, we win! This is fine and dandy, except Anastase landed on home plate; with his left wrist, (he is left-handed). His wrist is swelling.

He discovered he couldn’t use his left hand. I had to feed him, like a child. I wanted to take him to an emergency room, but he declined. I rode with him, so I had to drive him home. Understand, dear reader, I had never met his wife until then. He called her from the van and spoke in their native language, Kiryarwanda.

I was introduced when I got him home and his two oldest sons greeted me. (They drove me home). They were cheerfully translating what his wife Daphrose said to Anastase. It was something like “Oh big great athlete, look at you now.” Daphrose never raises her gentle voice but does not need to. I know the wrath of God, when I hear it.

The next day, he was no better and was driven to the doctor, who sent him for X Rays. Congratulations, mon ami. Your wrist is broken in twenty-four places. I was off Wednesday, so I took him for his surgery. He was horrified when I told him in French when he awoke, you might be back in November. He thought they would operate, and he would type on a computer at work the next day. He finally arrived back at work in January 2008. I left a sign on his desk that began with, “Anastase, mon ami cassé. Anastase, my broken friend.” He corrected the grammar.

Fast-forward a couple of years. We went to a minor league baseball game up the street from work. That morning, we had a blood drive. Anastase donated, and suddenly he was bleeding, where the blood was drawn. Took him to the paramedics who quickly patched him up. “Thank you,” I exclaimed. “You don’t understand. If I bring him back broken again, his wife will never let us play in the sandbox again!” It was good to see paramedics laughing. And that is the legend of Anastase the Broken.

Chastity Bush Oct 11, 2013 3
Start With a Bang I have come to learn that the best way to get a publisher's attention is to start your story…
Publishing