How A Rainy Day Can Change Your Life

The day fate took me by the hand.

This story started before the time of the accident in question.

Wed July 6th, 2011
I had to go into the city to pay for a course I was taking in the Sept in writing, rain running down the gutters and steaming my glasses. When I came out, I was full of hopes, oh how soon would the be trampled into the dirt.

Friday July 8th, 2011
Going to the doctors to put a prescription in, then have a coffee and to the library to do some printing.
Rain still pouring off the roof, has not stopped all morning and here we are 2:30 in the afternoon.
Just go for a walk to the back of the garden to check, see how much is going in from the roof to pond, with the piping,
Walking up the path, it isn’t more than 50 feet to the greenhouse. Halfway there it happened, not on a slope, or kerb just walking. 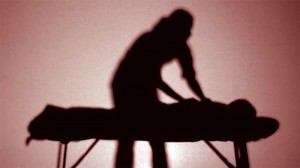 OUCH!!!!!!!!!!!!!!!!
Felt something go, pain like a knife tearing the calf muscle, indescribable agonies, you have to feel this to know it.
I can see the room and my bed, I have to get there.
It is no use, I’m totally immobile, thank the Lord I have my cell phone to call the wife, with help from her and two of our girls, I got back to my bed.

The next two days I was waited on, as I was unable to get more than a few feet from the bed.
On the Sunday, my son took us to the A&E at our nearest hospital. The verdict. Torn tendon.
As soon as I heard those words, I knew the consequences for me.
Suffering from Ehlers Danloss Syndrome, I had poor tissue structure and muscle support on the joints. This meant there was no chance of surgery to repair the damage.
I accepted this, as soon as the injury occurred, there was no way of getting around it, I was going to be on crutches now for a while.

I returned to see a specialist on the Thursday, lo and behold he said it was half torn and healing itself. A cast and passive recovery would do the job.

WHOA! I thought three days ago it was torn, now it is half torn and healing…

Told to come in on the Tuesday, I reported at the appointed time to be told they wanted an Ultra-scan to check the damage, as now it had been totally torn.
I turned up on the Friday for my scan, the technician sent it straight to the surgeon, and before you can say operation I was booked for an operation slot that Sunday.
Turning up for the operation at 9:00am, was a nightmare, as it was we had to have a taxi booked for us.
I arrived and was in the treatment room, the technician took my cast off, the surgeon came in, felt the tendon, told me I could not be operated on because of the EDS and left, so quick my wife missed him.
I had to get all the way back home, from a totally wasted journey. All that happened was they confirmed what I could have told them.

Over the next few months, there was slight improvement and the cast came off on Sept 21st.
Flash forward to October ( not a big jump), coming back from our local shop about half a mile away. I felt that twinge again and prayed I could get home.
On the Tuesday, I limped into my physiotherapy appoint, Ali (my therapist) asked how things were.
When she saw the new damage, the first thing she did was phone the Surgeons to make another appointment to review the tendon. After another series of appointments, it has been concluded that I shall wear a support boot now.

As a result of the accident, I had to cancel my course/ have trouble walking/ have lost my sense of balance and can no longer go on trains as I cannot climb stairs.

The good thing ( if there is one ), it has given me the chance to write, make friends on line and get my book to print

The Dragon and the Wolf Dance the Night Away…