Back in 1958 as a ten year old boy, I went to live in New Zealand by sea aboard the old Donaldson Line passenger ship T.S.S Captain Cook along with my mother and father as assisted migrants on the £10 scheme.

I had spent the first years of my life living on a mixed fruit and arable farm, here in North Suffolk, England. As an only child, my friends had always been the farmyard animals. So when we went to live in New Zealand, as far as I was concerned, the situation was no different.

On the first day I found a new friend. My father’s boss had a ‘house cow’, a Jersey named Gwen. Back then most people living in the New Zealand countryside had at least one house cow to cater for all their daily fresh cream and milk needs. Only ‘townies’ drank the watered down, pasteurised version which still passes for milk while we received the full benefits of drinking the real thing. Gwen’s milk soon strengthened my bones and I shot up in size within a year, from the weedy pasty faced boy I had been. 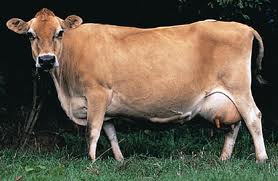 Gwen lived in a paddock set between the boss’s house and ours. While my parents were busy unpacking on that first day, I climbed over the fence with a large handful of fresh grass and walked towards her. Gwen looked up from her grazing as I approached, fixing me with those great big beautiful dark eyes all Jersey’s have, shaded with the most enormous eyelashes. As I held out my present, she delicately curled her tongue around it and began munching contentedly.

From that day forward, whenever I came home along the dusty gravel road from the local village primary school, Gwen always walked over to the wire fence beside the road, waiting for me. While she barely tolerated adults, kids like me were totally accepted.

Sometimes during the hottest part of the day Gwen seemingly disappeared from view, but I always knew where she was. She had a favourite shady spot where she lay down, occasionally flicking her tail at the odd annoying fly. Most afternoons after school, I used to take her a fresh clump of grass. While she lay there happily chewing her cud, I sat with my back to her stomach and nodded off in the heat to the sound of her digesting and converting grass into milk, and the dozens of noisy cicadas rubbing their back legs together in the trees above us.

The only time Gwen was not approachable was when she had a calf. But such was our friendship that she would bring her calf over to meet me at the fence.

She even allowed me to ride on her back from time to time. When she decided enough was enough she would head for the pine trees and let the low hanging branches gently brush me off.

A boy of ten could wish for no finer friend than a gentle Jersey cow named Gwen.