Free Home for Anyone Who Will Take It!

A friend sent me a note about an experience he had that I thought interesting. I’d like to get your opinion. Here’s how it went.

FREE HOME FOR ANYONE  WHO WILL TAKE IT!

I was in my neighborhood restaurant this morning  and was seated behind a group of jubilant individuals celebrating the  …successful passing of the recent health care bill. I could  not finish my breakfast. This is what ensued:

They were a diverse  group of several races and both sexes. I heard the young man exclaim, “Isn’t  Obama like Jesus Christ? I mean, after all, he is healing the sick.” The  young woman enthusiastically proclaimed, “Yeah, and he does it for free. I  cannot believe anyone would think that a free market would work for health  care. Another said, ‘The stupid Republicans want us all to starve to death  so they can inherit all of the power. Obama should be made a Saint for what  he did for those of us less fortunate.” At this, I had more than  enough. 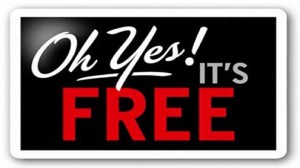 I arose from my seat, mustering all the restraint I could  find, and approached their table. “Please excuse me; may I impose upon you  for one moment?” They smiled and welcomed me to the conversation. I stood at  the end of their table, smiled as best I could and began an  experiment.

“I would like to give one of you my house. It will cost  you no money and I will pay all of the expenses and taxes for as long as you  live there. Anyone interested?” They looked at each other in astonishment.  “Why would you do something like that?” asked a young man, “There isn’t  anything for free in this world.” They began to laugh at me, as they did not  realize this man had just made my point. “I am serious, I will give you my  house for free, no money what so ever. Anyone interested?” In unison, a  resounding “Hell Yeah” fills the room.

“Since there are too many of  you, I will have to make a choice as to who receives this money-free  bargain.” I noticed an elderly couple was paying attention to the spectacle  unfolding before their eyes, the old man shaking his head in apparent  disgust. “I tell you what; I will give it to the one of you most willing to  obey my rules.” Again, they looked at one another, an expression of  bewilderment on their faces. The perky young woman asked, “What are the  rules?” I smiled and said, “I don’t know. I have not yet defined them.  However, it is a free home that I offer you.” They giggled amongst  themselves, the youngest of which said, “What an old coot. He must be crazy  to give away his home. Go take your meds, old man.” I smiled and leaned into  the table a bit further. “I am serious, this is a legitimate offer.” They  gaped at me for a moment.

“I’ll take it you old fool. Where are the  keys?” boasted the youngest among them. “Then I presume you accept ALL of my  terms then?” I asked.. The elderly couple seemed amused and entertained as  they watched from the privacy of their table. “Oh hell yeah! Where do I sign  up?” I took a napkin and wrote, “I give this man my home, without the burden  of financial obligation, so long as he accepts and abides by the terms that  I shall set forth upon consummation of this transaction.” I signed it and  handed it to the young man who eagerly scratched out his signature. “Where  are the keys to my new house?” he asked in a mocking tone of voice. All eyes  were upon us as I stepped back from the table, pulling the keys from pocket  and dangling them before the excited new homeowner.

“Now that we have  entered into this binding contract, witnessed by all of your friends, I have  decided upon the conditions you are obligated to adhere from this point  forward. You may only live in the house for one hour a day. You will not use  anything inside of the home. You will obey me without question or  resistance. I expect complete loyalty and admiration for this gift I bestow  upon you. You will accept my commands and wishes with enthusiasm, no matter  the nature. Your morals and principles shall be as mine. You will vote as I  do, think as I do and do it with blind faith. These are my terms. Here are  your keys.” I reached the keys forward and the young man looked at me  dumbfounded.

“Are you out of your mind? Who would ever agree to those  ridiculous terms?” the young man appeared irritated. “You did when you  signed this contract before reading it, understanding it and with the full  knowledge that I would provide my conditions only after you committed to the  agreement.” Was all I said. The elderly man chuckled as his wife tried to  restrain him. I was looking at a now silenced and bewildered group of  people. “You can shove that stupid deal up you’re old man, I want no part of  it” exclaimed the now infuriated young man. “You have committed to the  contract, as witnessed by all of your friends; you cannot get out of the  deal unless I agree to it. I do not intend to let you free now that I have  you ensnared. I am the power you agreed to. I am the one you blindly and  without thought chose to enslave yourself to. In short, I am your Master.”  At this, the table of celebrating individuals became a unified group against  the unfairness of the deal.

After a few moments of unrepeatable  comments and slurs, I revealed my true intent. “What I did to you is what  this administration and congress did to you with the health care  legislation. I easily suckered you in and then revealed the real cost of the  bargain. Your folly was in the belief that you can have something you did  not earn; that you are entitled to that which you did not earn; that you  willingly allowed someone else to think for you. Your failure to research,  study and inform yourself permitted reason to escape you. You have entered  into a trap from which you cannot flee. Your only chance of freedom is if  your new Master gives it to you. A freedom that is given can also be taken  away; therefore, it is not freedom.” With that, I tore up the napkin and  placed it before the astonished young man. “This is the nature of your new  health care legislation.”

I turned away to leave these few in thought  and contemplation and was surprised by applause. The elderly gentleman, who  was clearly entertained, shook my hand enthusiastically and said, “Thank you  Sir, these kids don’t understand Liberty these  days.” He refused to allow me to pay my bill as he said, “You earned this  one, it is an honor to pickup the tab.” I shook his hand in thanks, leaving  the restaurant somewhat humbled, and sensing a glimmer of hope for my  beloved  country.

Intro: Five Big Questions in Life and How to Answer Them