In the essay about Writers in Exile I had published earlier in Angie’s Diary I stated:

“In 1992 I left my country as violence, crime, injustice and madness of all sorts took place as a consequence of the fall of Yugoslavia, and in the past 20 years Croatia has been a country where social unrest, social injustice and crime have been monumental. Many intellectuals and freethinkers found shelter in foreign lands.

In Sydney, I have written a novel ‘Fiume – The Lost River’ which talks about separations, wars, love and hate, and life in exile. It was first published in my hometown of Rijeka, in 1999. As the country was led by shady characters, the publisher I encountered was the one who reflected the times in which he lived, hence I had never seen any royalties regardless of the fact that the book was on the weekly bestseller list for weeks and months. Several other books of mine have had the same destiny with the same publisher, as writers in exile are often written off, forgotten or simply not considered when royalty cheques have to be written.” 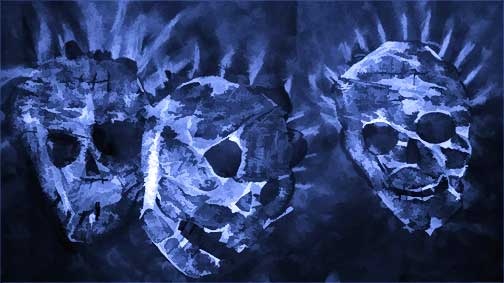 Well, the story went: a year later I had published another novel ‘Requiem for Barbara’, then a year after ‘Little Lies – Big Lies’ and ‘Visconti’s Stories’ all with the same publisher.

Yes, I was young and quite inexperienced in the industry, plus eager to get my work published as I considered it to be a work of significance for people who lived in that region and for the migrants wherever they would find themselves in any part of the world.

The books got great reviews; they were selling well and were very popular literature among my contemporaries.

But the problem has always been quite common and simple – no one guarantees, not just the number of book sales, but most importantly, no one guarantees good, steady, honest qualities of a publisher’s character.

I hear, often, from fellow writers that they had bad experiences with not so well known publishers, they seldom get their royalty cheques, and often publishers don’t even bother to reply to e-mails, hence a number of new emerging writers opt to self-publish. Self-publishing has its pitfalls surely and it has never been regarded as a serious piece of work as compared to the book that had been published by a respectable publisher.

My several books written in Croatian language and published in Croatia are still selling all over the country but the publisher, an extravagant and dishonest man, had decided not to share my well deserved royalties. When I tried in the most civilized manner to ask about book sales and royalties he dismissed me. Move over, he even said that my books were not selling at all. On a weekly basis, still after all those years I have people who e-mail me telling of their experience with one of my books (yes, written and published in Croatian).

So, one may ask – What one can do in such circumstances? How easy/difficult it would be to win the case where more than one person is corrupted?

Is the reward plainly the publication itself or grateful readership?

Well, I’d say in every evil deed there surely is something good and positive as well. What happened in my situation was that I resolved to learn English to the extent that I can write and express myself as if I would in my native language.

In the end, somehow I would have to say ‘Thank you Franjo’ as he has made my books and my name known to the wide audience (though unwillingly and unintentionally). From a small country, almost a provincial writer I became known in many English-speaking countries. If it wasn’t for his lies and dishonesty, probably I would still be writing in my native language, publishing smaller editions and reaching a much smaller audience.

Every evil has a crack: that in its blackness a ray of light can enter.

My first book written in English was The Mosaic of the Broken Soul, a memoir of a writer.

A memoir is an account of the personal experiences of an author. Memoir is not biography nor is it autobiography or a recount of the writer’s entire life.

A memoir portrays the author’s life experiences where the author shows personal knowledge through those experiences. A memoir isn’t a recount of the author’s entire life but it has to have a particular theme, hence the events are selected and exposed, discussed in depth as they are relative to the purpose of that particular story. An author is an observer and interpreter of the chosen events, questioning and answering what has happened, hence he/she comes to a different understanding of such events. There is a lesson in such events, the lesson that has profoundly affected or changed his/her life or the way he/she sees the world. While the author’s world has been changed, the reader is affected in a similar fashion and his/her mind is altered too.

As Anne Lamott pointed out:
“You own everything that happened to you. Tell your stories. If people wanted you to write warmly about them, they should have behaved better.”

On such a note I’d like to finish with an Excerpt from The Mosaic of the Broken Soul (A dinner with Sir Publisher and the Lady Irena).

Now is the right time to tell you the story of the Dishonest Man. Please, believe my every word, for I do not want you to doubt any comma or question mark I am going to impose. When I recollect this story in my mind, my dark pearls offer quiet rumours telling me where to go with the story. This story has never been told but locked in the leather suitcase and left on the dusty train station in Cadiz, down in Andalucia. My dear friend, my kind Nobleman, now you have made me open the leather suitcase left behind that summer when I believed that you could lock yourself in the leather suitcase and stay forgotten on the dusty train station forever.

He brought with him a woman of little brain. She claimed that she was well schooled and a worldly woman, she claimed she was a psychologist, and yet she acted as someone who had never travelled and never attended much school. There was too much of everything: strong and unpleasant perfume, and strong sentences, as she was trying to convince herself that she was a learned psychologist indeed. Because of it, nobody felt at ease. Her personality dominated all the time and all the people there were sitting on the edge of their chairs, and knives and forks were louder than they were supposed to be while dancing on the surprised plates.

He was the only one who pretended to enjoy being right there among delicious dishes and her peculiar sentences.

I got to know him by accident. My dearest friend trapped herself in one of my stories and wanted the world to know it.

This is how it all started.

He read the story and sent me a letter. Sweet words wrapped in flattery smelled strange, as if telling me if the smell was not right, how could he be the right one when the smell was coming from him? I read that message, but was willing to rewrite it for the sake of my story. They took my story and sold it to four different parts of the world. Then they celebrated. They took another story and sold it to the four different parts of the world and celebrated. They took nearly all of my stories and sold my stories and when they had taken them all nothing was left within me for the time being. When he learned that there were no more stories, he unplugged every connection. How brave, how brave and honest.

They ate and drank fine wines, they were telling jokes I never understood and when the feast was over they got up, extended their greasy, but cold hands and left me sitting there with an unpaid bill. The large bill was looking at me with its zeroes, which looked to me like big eyes full of wonder – are you the one who is going to pay? The woman who tried to behave as a psychologist said that she hoped I had enjoyed her company because it was a rare gift she gave to strangers. Just because of my gift of telling stories, she allowed me to treat her with dinner.

It all happened in the place where people try to make themselves very important for no known reason and where women have been angry and arrogant for generations, believing that anger means independence and arrogance is a sign of nobility.