Dreaming And Your Sexual Energy – part one

In my book The Sorcerer’s Dream, about my initiation into the sorcerer’s world and mastering conscious dreaming, one of the things I describe is the connection between dreaming and sexual energy. The following excerpt is a conversation I had with my dreaming teacher Vidar, which gives you an impression about the link between the two, in part two which follows shortly after this  I explain more about this topic.

I am busy taking notes and muster courage to put the next dream on. As I keep up my courage I tell him about my meeting with the woman with long black hair and the cream colored skin who guided me to the northern dwelling place. In a bold state of mind I traveled once more with the eagle to the north and ask the frail being to teach me more about dreaming. 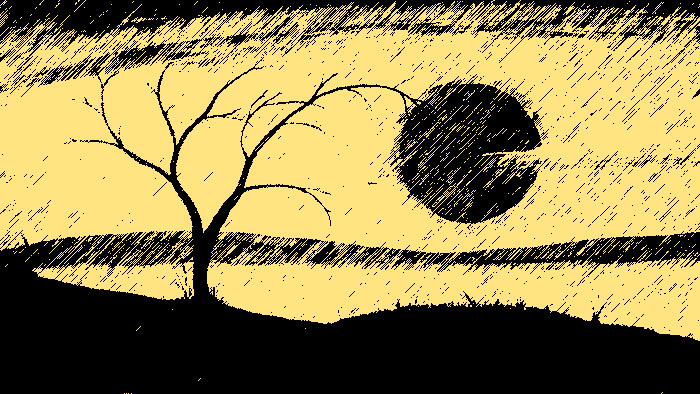 She asked me to come along to a cave and as soon as we got inside she delicately and almost carelessly pressed her finger on my vagina. Bewildered I looked at her and she gave me the innocent glance of a newborn lamb. The first thing I thought was how on earth will I tell Vidar. As she pressed on my vagina I even heard a click, as though a switch had been turned on.

Quasi-casual I laugh away my embarrassment and excuse myself by saying: “It’s even becoming pornographic.” But I am no longer amused. Conflicting my less than unrestrained nature I have sold my soul and now one of my ancestors forces the issue. It should not be like this, it is plain inappropriate to discuss such things among teacher and apprentice, I complained, as I wrote down the dream reluctantly, banging on the table. I greatly resist, but nevertheless I tell him about the bizarre incident because he should not miss any clue towards totality. Vidar is not impressed, at least so it seems, he treats the dream like any other dream and I am relieved.

“The woman encourages you to work on your sexual capacity, and shows you there is no taboo in that field.” Nonetheless, I feel betrayed by her. “It suggests you activate the first two spiritual senses.” Vidar stops me from contemplating. “They correspond to life energy and sexuality and are closely connected. The first spiritual sense is connected to the primal force, which is life’s energy force itself, absorbed by the earth energy and the second sense is connected to sexual energy.” He continues: “You can’t speak about life energy without speaking about sexual energy and vice versa. In our line of knowledge we make use of the primal force, the traditional way of bringing the sexual energy upwards.”

Without a trace of irony he says: “A few centuries ago a group of women lived together, taking ‘it’ whenever they felt like it. The men came in very useful for that purpose only. In every other way the women took care of themselves.”

He casually folds his arms and looks at me “those are your ancestors.”

Good heavens, where is this leading to? I will be given a lecture on sex education shortly.
“I am no longer a man,” he says as he gets up to dim the lights in the front room.
I look worried and wonder if he can’t have sex anymore, something I have trouble imagining in his case. Nevertheless I am afraid to ask.

For me, there is no way back. Vidar closely follows the lead my ancestor gave and says he will open up my second spiritual sense. As a gentle lamb I walk towards the deerskin which Vidar pushed back to the front room. I lie down as he suggests and I try to do this as elegantly as possible. Vidar dims the light a bit more, takes the didgeridoo and lovingly places a cushion underneath my head. He presses the end of the five feet-long blowpipe nearly on my abdomen and starts to blow. The ancient sound of the didge vibrates and loosens my spiritual senses and when I hear a dog bark, I feel giggles coming up from deep down. My dream body is laughing its head off.

I travel to Australia to the sound of the didge where the heat rises up in hazy columns of smoke from the red brown earth. An old Aboriginal woman sits together with her two grandchildren in front of a mud hut with a thatched roof. Her long grey hair falls loosely down on her tanned shoulders. She picks up a crawling snake by it’s throat and lets it spit its poison on the earth. The ancient sounds remain in the red desert, as though they are being sucked away from the continent they come from. Waves of sexual energy flow through my body as though a jammed part is vibrated loose and activated.
I get up and blow away the extra heat.
“Where did the barking come from?” is the first thing I ask.
“That’s the spirit dog,” he answers followed by the beautiful words: “He lends his healing and transforming primal sound to the ritual.””

The Sorcerer’s Dream: An initiation into the Sorcerer’s world By Alysa Braceau – aka Dreamshield
ISBN: 978-1-60910-156-5
Available on Amazon a.o. (online) bookstores
www.dreamshield.nl

Alan Place Jul 19, 2012 2
Recently my good friend Jack wrote the article "Reviews sell books" which to some extent is true more to the point…
Society