The day I decided that I was moving out of my mom’s home I was 12 years old. I had listened to an old Bill Cosby song called “That’s Life.”

My gift was never my singing. It was always my poetry and short stories. So it was only natural I joined the school paper when I was 15. By then I had a reputation for seeking out true stories of interest and not the campus gossip. I would find the girl who had been wrongly graded and lost her scholarship. Or the boy whose mother became bed ridden in the middle of the school year and he had fell behind his normal straight A status. I would not only write their stories I would tell them. And tell them I would to anyone who would listen.  I soon became known as an advocate for student’s rights. 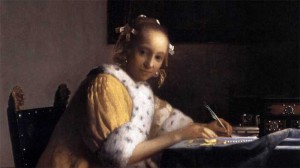 And I never looked back….

After graduating from high school I went to Howard for four years. I poured myself into journalism and I wrote controversial stories for the school paper. One summer I applied for an internship with a hometown paper and I was quickly accepted. The editor told me he loved working with fresh eyes that took such a daring approach to current issues. He even offered me a permanent position when I graduated. I quickly accepted.

And I never looked back………

Somewhere between my current issues and humane stories I met Donald. He was a prosecutor and fought hard to bring justice to victims of violent crimes. We definitely took two different approaches to society but still it seemed to be a good fit. He told me that with all the passion I had for justice maybe I should consider a career in law. Part of me wanted to please Donald and the other part thought it was the right path for me. So I went to UCLA.

And I never looked back…..

While I was on the west coast pursuing my law degree Donald was in DC quickly climbing the ladder of success. He dreamed of being a Supreme Court judge and he seemed to be on his way to living his dream. He worked hard. He never wavered in his dream. And everytime he made a step toward his goal.  And he never looked back.

In 2015 I finally got the offer of a lifetime. I signed on with the prestigious law firm of Cohen and stiles. It was a great accomplishment. I was living the dream.

His dream not mines.

Finally I decided to take a step back..

My husband hadn’t missed the clues. He had seen the twinkle in my eye as I looked back on all the things I had planned to do with my life. He tried to make me happy with his dream. But I just couldn’t forget about all the ones I had of my own. The last night that he invited me to a commemoration dinner in his behalf I was busy working on one of those stories of mine.

As, he had started to call them.

So, he moved forward in his dreams and never looked back at me or mines.

Today Donald is married to the assistant DA of Wayne County.  I am the chief editor of one of the largest newspapers in the country. Oh, and my husband, he is a writer with two best sellers under his belt and a third book in the works.

Today I still smile when I read of Donald in the paper. And he still smiles when I write the story.

Last night my new husband and I danced to one of my favorite songs of all times. It was dean martin and bill Cosby singing “That’s life”.

That’s one song that takes me way back.

Yes, Looking back, I wouldn’t change a thing…