Another innocent is lost. Aliahna Lemmon went missing while being baby-sat, along with her two sisters, by a neighbor and close family friend, Mike Plumadore. Aliahna was eventually found.

Her little body was dismembered, her hand, feet, and head, the body parts that could identify an individual, found in Plumadore’s freezer. Other body parts were deposited in a dumpster near a convenience store. Aliahna was one of the most vulnerable of crime victims because she was a child, but she was also partially deaf and blind, making her particularly vulnerable. 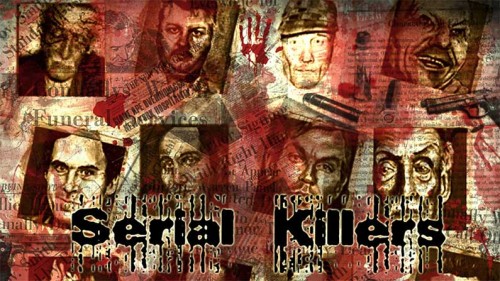 After police interviewed Plumadore, his statement didn’t have the ring of truth needed for police to exclude him as a suspect. He was ultimately arrested for her murder. This is one child. One murder. There seems to be a proliferation of these types of crimes as time goes by. Or is there another reason? Am I just seeing more of them because I’m on the look-out for them?

When I first began researching, the tears came easily, especially when it involved children. It gripped my gut when I thought about my own children going through such horrors. I don’t think there is one person involved in criminal justice or even the writing of crime fiction that hasn’t had a subconscious projection of disturbing images onto the faces of their own children, an instinctual maternal/paternal reaction out of fear that our own loved ones could become victims of crime when out of our supervision.

I’ve studied these photos, I’ve read the materials, but out of necessity, I’ve evacuated all feelings, although I’m far from desensitized. In order for me to understand the motivations behind the horrors, I’ve had to repress my emotions, not eradicate them, but shove them on a shelf, so I could objectively study the ravaged world I chose to enter. If I didn’t withhold my emotions, subjective influences would lead me to dead ends instead of pulling me in the right direction, formulate the wrong conclusions by vetting evidence on guts alone, or render me unable to see the geographical, temporal and signature aspects that connected seemingly disparate cases. You can’t emote as a writer sometimes. One must emulate real-life homicide detectives.

This goes against a writer’s instinctual need to unleash creativity

by spilling your brain and pouring your guts onto the proverbial page. So like a psychopath I refrained from any feelings during the research phase, a great way to grow a serial killer in your head when you write from their perspective, but aside from that trick of disciplining my mental machinations, why did it take me five, long years of delving through textbooks and voluminous research materials before I even picked up the pen? What was it that I looking for that I hadn’t yet possessed like an integral organ needed for human survival?

I needed to divine the essence of evil… But can one safely, but intimately understand evil without becoming the thing we seek?

I grew up in an age of innocence. The 1950s and 60s were the decades of childhood wonderment. Even though our parents worried about ‘The Bomb’ and some folks even built bomb shelters in their backyard, the worse dreams I had were about the bullies I had to face the next day at school. Blissful memories of visiting my grandparents overshadowed the B-52 bombers that flew so low over the house my grandfather yelled at us to open the upstairs window to let the plane fly through. We lived in South Tacoma, right in the direct path of the planes that landed at McChord Air Force Base.

South Tacoma wasn’t so far away from Fort Lewis, either. Even though we had reminders every Wednesday when the two o’clock siren test-warned us to be prepared for war, we had no true meaning of the blare heard all over town except that yes, it certainly was a Wednesday. Even though I was born in the same town as Ted Bundy, and my aunt attended Wilson High School the same time he did, this was at a time before we knew what he would eventually become.

It was only when an eight-year-old girl, Ann Marie Burr, went missing in the neighborhood, that I had that first inkling of something dark entering my innocent world.  I remember adults speaking in hushed tones, secrets not to be shared with us children, but there was talk at school about the girl. No one knew what happened to her except that someone had slipped into her house, stealing her into the night.

It wasn’t until many years later that Bundy was suspected of dispatching her, she his first victim. Later DNA testing failed to link him to her disappearance since there wasn’t enough DNA to complete a profile. But the coincidences were staggering. The shoe-prints found near Ann’s house were size six or seven, probably belonging to a teen, not to an adult male. Bundy was fourteen at the time. He lived three blocks away from the Burr home. He had a paper route that took him past Ann’s house and visited an uncle’s house very close by the Burr home.

When Bundy was interviewed before his execution, he never gave up his first victim. Serial killers always hold something back, something that belongs to them and them only…maintaining control forever over that first kill… the power of those first feelings of emotion in an otherwise empty soul… Gary Ridgway held something back from Sheriff Dave Reichert when he interviewed him as well, but we can only venture on what he holds close to his black heart even to this day. Was it the total number of victims? Is it reasonable to infer that Ridgway only killed victims in King County? That he never killed in other jurisdictions that could send him to his own execution? Did he withhold the location of a ‘special’ victim or two so that they would belong to him forever?

Ann Marie Burr was my first touchstone to evil. My childhood innocence washed away, confusion and complexity replaced the simplicity that ruled my child’s head. The adults continued to whisper. Words like murder and rape were concepts added to my mental vocabulary in a world where it was still taboo to say the word pregnant in polite society, where Lucy and Ricky still slept in twin beds, and where love-making still mandated at least one foot on the floor.

As time went by, I forgot about Ann Marie Burr, but other Ann Marie’s took her place, more children stolen and murdered, but at a faster rate and just as close to home. The missing and murdered didn’t go beyond my notice. I often wondered why they happened. My mental machinations scrambled to understand what could drive someone to hurt a child? Puzzlement turned to a need to know, to understand things beyond my child’s comprehension. The need to know was driven when the ‘Ted Murders’ began. I was a teenager by then with long, shoulder-length hair, parted in the middle, but thank God it was blond and not brown–the preferred color of Ted’s victims’ hair. When the two young women went missing at Lake Sammamish, death became real to me despite a teen’s usual lack of belief in mortality.

It was a summer many of us still remember clearly to this day. It was a time of fear and terror. A time of mistrust and inferring misdeeds attributed to others who had nothing more in mind than a casual roll in the grass. My memory of meeting my husband for the first time wasn’t marked by the fact that he would one day become my husband, but by the fact that I asked him if his name was Ted. It was that kind of summer in the city…

Eventually, with the passage of time and other more important things to occupy my time, like raising a family, I chalked up my need to understand evil as something that can’t be knowable, can’t be understood unless you were one of them. Allaying my incessant interest with a sort of logic one relies on when answers aren’t readily forthcoming, I told myself that the day I understood what motivated a killer to murder a child, would be a day I was like them… And I knew that would never happen. So, I silenced my soul, telling myself I should be thankful that I don’t understand why someone kills a child. I repressed the need to know for many years to retain some semblance of sanity, to find the missing purity of my past… which I did with blissful ignorance

until five years ago…