A man attired in a bike courier outfit scrambled along the street, inexplicably pausing to tip signs over, or bang on a storekeeper’s window.

His behavior was odd, or bizarre, on Queen Street in the Kensington Market area of Toronto. Finally, the police came, raced to the stranger, who made it to the front of yet another business. One cop had him, the other searched the suspect. 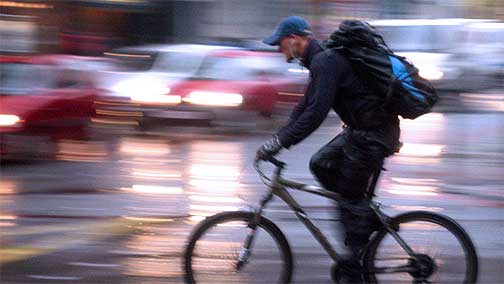 Meanwhile, a crowd of bystanders had accumulated. Some filmed this scene with their latest, trendy, electronic gadgets. Each official was equipped with latex gloves.

“What do we have here?” one of them asked the other. A ripple of shock went through the onlookers when the captured man struggled, sending all three individuals to the ground in a heap.

In a jiffy, the officials sprung from the ground and went bolt upright in the defensive position. They adjusted their hold on the squirming man, who moved to be positioned on his belly. The police continued to search the suspect, emptying out his pockets. Yes, they marveled at the bottle the pulled from him. Some keys and a wallet joined the stash of evidence.

The filming went on. The man was then cuffed and escorted to the cruiser while his partner scooped up the evidence and followed back to the car. In a jiffy, the cruiser was gone, the impromptu media scrum had dispersed and everything was forgotten. Or was it? Social media is filled with such scenes. Ever since the G20, citizens have been distrustful of the police.

Several weeks ago, there was a police shootout on a streetcar, where a man had been tasered and killed. That entire episode was filmed too. So no one trusts the police, the politicians that make the laws, or the mainstream media that tell the story.
Perhaps respect is dead after all.

Men Who Love to Get Their Hands Dirty