In our always progressing work world, you have little chance of survival without keeping ahead of the curve about the current global and local business climates, especially what’s happening in your particular industry. 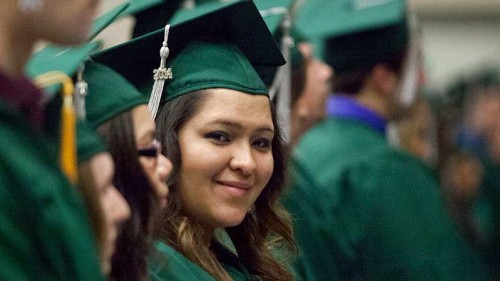 In Grow Yourself a Life You’ll Love, I speak of the importance of ongoing continuing education with a bold reality: “When you’re green, you’re growing; when you’re ripe, you rot.”

Wondering how you do this effectively and efficiently with all you already have on your plate?

Like you, me too. Fast answer? Here are some of the ways I invest my time to keep current:

Full-day worldwide leadership conferences I believe are exciting opportunities. When I attend, I write columns on them because they give my readers cutting-edge concepts with a remarkable immediacy.

For example, in 1996, through the phenomena of teleconferencing, 221,000 participants from 40 countries at over 336 sites simultaneously watched the first session of the “Worldwide Lessons in Leadership Series,” presented on behalf of Marist College Center for Corporate and Professional Education in cooperation with Fortune magazine. Authors/speakers Drs. Tom Peters, Steven Covey, and Peter Senge spoke about where leadership must travel into the future. This conference challenged assumptions and gave incentives for businesses to make the paradigm shift to bring about the team-driven global marketplace we do business in today.

A few soundbites from the three speakers:

In May 2015, I, along with 100,000 attendees, participated in GiANT Impact’s Leadercast Live 2015. “The Brave Ones” all-day single-subject online conference at my local host site at Skidmore College in Saratoga Springs, New York, sponsored by Roohan Realty also of Saratoga Springs, New York. Perhaps you attended at your local host site, as well, and from 9 a.m. to 5 p.m. watched nine brave leaders from dissimilar professions give coaching talks to share successful leadership methods that worked for them.

Leadercast Live 2015 focused on bravery, what it means to lead with a posture of unrelenting boldness, and hand-picked leaders who’ve exhibited bold courage in their leadership roles.

While all speakers were riveting, I sat astonished and amazed in admiration as I listened to Rudy Giuliani, Mayor of New York City during the September 11, 2001, terrorist attacks on America. Listening to all three featured speakers during the Worldwide Lessons in Leadership Series conference in 1996 also amazed as I heard of a work world not yet in place that has since become a reality. Tom Peters’ “Premature Arrival of the Future.”