Check your Ego at the Door

In the last few days various highly inflammatory articles across the internet have emerged voicing differing opinions regarding the labelling of writers as either independent or professional – whatever that means, together with taking a professional approach to writing.

When certain commentators delivered attacks accusing independent writers of being lazy and unprofessional, when they were quite rightly challenged for making such derogatory statements, they immediately went on the offensive, believing that attack is always the best form of defence.

Why, what is the point?

How a writer chooses to publish their work is up to them. If they are taken up by a publishing house – fine. If not, going it alone is also fine. Choosing to be independent doesn’t mean you are any less professional in your approach if you are serious about your writing. To say that the whole sorry saga has done more to polarise the entire writing community in recent days is an understatement. 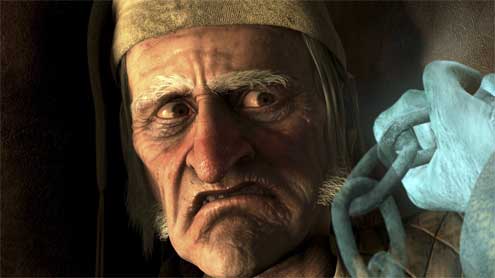 On one side of the argument sit those who firmly believe that the only way to produce a worthwhile book requires it first be written by a known writer before being  processed by what one article’s author refers to as professional editors and gatekeepers. In the other camp sit those who prefer to go it alone, some employing an editor, some not.

While deliberately choosing not to be drawn into the argument, to say the least I have been bemused when reading the often heated debate. It is plain to see that both sides are entrenched in their personal beliefs regarding professionalism. Whose argument is right? Whose is wrong? It seems to me there are plusses and minuses on both sides.

What all participants in the argument fail to appreciate is that lambasting the opposition serves no useful purpose other than to feed bruised egos. In this particular war of words there are no clear winners. Both sides believe they are in the right. While those involved in the argument continue to name call or throw insults at each other, in the real world the rest of us are far too busy keeping our heads down writing.

Whether or not your work was made available to the reading public via a known publisher, or by using one of the many software packages available to independent writers, doesn’t matter. At the end of the day, all that really matters is how many readers buy a copy of your work.

Whether or not you consider yourself to be a professional in the context of the argument is also irrelevant. If your only reason for entering the world of the written word was to artificially raise your own standing within your social set by boasting at dinner parties that you are a professional writer, editor or publisher – get out now.

In the last couple of days, two so-called professional writers, Stephen Leather, a successful thriller writer, and the established crime writer R.J Ellory, both employed by a known publishing house, have been outed for a particular form of low self-promotion known as sock puppeting. It involves writing glowing reviews of your own work while at the same time writing derogatory ones involving your opposition using aliases on various internet social media sites and book outlets. If that is an example of what some consider being a professional writer is all about, I want no part of it.

If like me your only goal in life is to write and be read, whatever label people use when talking about you doesn’t matter. What does, is avoiding these pointless angry debates.

In the world of the written word there is no room for the social climber plagued with an enormous ego, or jealousy. In the context of the current angry debate, the whole argument over whether or not a writer is a professional is a complete nonsense.

To clarify the word in the context of literature, a professional writer is quite simply someone who is paid royalties on the sale of their books.

I Rocked the Baby on my Lap