How can Opinion Pollsters’ Inferno be different then Mack Dunstan’s Inferno? Or even Dan Brown’s Inferno? So imagine a world leader dying, descending into hades, much like the Divine Comedy, and meeting all the Opinion Pollsters. One can’t kill someone on paper without being charged with character assassination.

So what can you do? Visualize all the world leaders that are listed as members of the G20. Put their names on a page; now take out all the common letters from each name and you are left with the word _______. 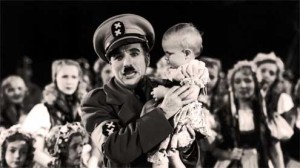 How can we decide the plot? Think of Dr. Paul Brunton’s Secret Search in Egypt. If you read this book, you would know that in the ancient Egyptian past there was a system and practice built into their belief system and in traditions. Seekers who were looking for direction in their life would go to the High Priest and the High Priest had the ability to put such seekers into the death process, right in the pharaoh’s chambers in the Great Pyramid.

This would allow the seeker to see the four possible directions that the seeker could take in life.  They would then come back to life and choose the direction they would take in life. This whole system ended when the wrong caliber of individual came along, causing this age old custom to descend into Black Magic. Thus, this very practice ended in the 15th Century.

So that being said. The world leader, who is known as ___________, would go to the High Priest in the secret chamber of the Great Pyramid, be put in the death process, but in such a phase would encounter those who are Opinion Pollsters.  Only after ­­­­­­­­­­­­­­____________, this world leader meets and deals with each individual opinion pollster would this leader return to life and win the election. That would be the plot of Opinion Pollsters’ Inferno.

One can say that the person who came up with such a plot has to be on something. Who knows? Maybe so.  This manuscript has never been written, nor submitted to a publisher. How is it different from Mack Dunstan’s Inferno, or Dan Brown’s Inferno? Well, you will have to find out by buying Mack Dunstan’s Inferno.

Branka Cubrilo Jul 27, 2013 2
Belles Lettres vs. Vampirism Even before I take you down the stream of my thoughts and explore the title, I can…
Publishing