There is no publishing industry crystal ball we can look into to tell us how it will take shape. One thing is for sure, there will be winners and losers. That’s the nature of the game. Adapt or sink into the oblivion of a footnote in history.

I attended a panel at a sci-fi writer’s convention recently and the topic of piracy was raised. An old malady to be sure, but in these days of torrents and internet downloading, where copying someone else’s sweat-and-tears work is as easy as the press of a button, intellectual theft is little more than a momentary regret, if that. It doesn’t seem to be that earth-shattering to press a few keys, which is how we’ve reduced the act of mass murder, isn’t it? Releasing missiles with the press of a big button? It may not even be that big.

What I found interesting about the answer, wasn’t in the moral debate, which there wasn’t one. In a room full of industry professionals, it’s a given that they all think that it is and should be against the law to steal from their pockets. But what fascinated me was what one of the panelists said: 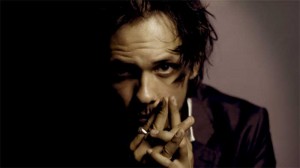 Let’s face it, being a writer is not a lucrative professional unless your name is J.K. Rowling or Stephen King. Most of us exist on the fringes, barely recognized by a handful of people, and trying to catch the attention of the masses, trying to build a reputation. For every writer and wanna-be writer out there, only a handful ever get published. Of those who get published, maybe a fingernail’s worth ever make a living out of it, and of those, maybe a speck, visible only under an electron microscope, will ever make it ‘big’ and have movies made of their work.

Ok, maybe it’s not that bad, but it’s not too much off the mark.

So, for those who pull a ‘manuscript out of their back pockets’ the moment they hear I’m a writer and ask if I would be willing to read their work and give them some free criticism, I know they don’t have a clue about the realities of the business.

Writing is 10% of the work, the other 90% is the soul-wrenching business of publicity and marketing, usually a task most writers would like to delegate to lesser mortals. It is work.

There are many talented writers out there. Most will never be known beyond their close circle of family and friends because of the inability to sell themselves and their books. I imagine it’s like that with most businesses.

Before Microsoft became the big megalith it is now, there were competing word processing programs, WordPerfect and Wordstar being the ones that still stand out to my fading memory. My favourite one was WordStar. In my humble opinion, it was a far better program while Word was a flashier, more graphic-friendly, i.e. sexy looking one. And we know who won that battle.

In the battle of the video formats, Beta was smaller and of better quality than VHS. No guesses are needed to know who won that war.

J.K. Rowling, the first billionaire writer, struggled with rejection and depression before her first novel, Harry Potter and the Philosopher’s Stone, was published. She was rejected 12 times before a small London press, Bloomsbury, finally took a chance on her. Even then, she was told by her editor not to quit her day job because it was unlikely she would ever make any money from it.

But she persevered and her belief in her own work and abilities never swayed. That is a piece of advice she gives to people, always expect rejection, but never reject yourself.

Keep going, because if you don’t, you will never succeed. Not to say that you will be guaranteed  success if you persist, but you certainly won’t have any if you give up.