I do not know if having this three times this year is a good or bad sign. Each incident was for a different reason.

The first was a story that was not going anywhere for months, as a result I took it of my Word schedule and put it to be trashed, months later not only has it got a great following on Bookrix.com and Facebook. Not only this, it is now going to be launched in February as my first Ebook. What a change from one click from oblivion to glory. 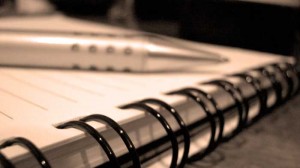 The moral to that story is do not throw out a bad story, just file it. Even if it is in a file and out of sight out of mind.

The next time I was writing one of my ghost stories, it had come to a dead stop and was going nowhere, I never thought I would get to finish it. I put it on hold for a day or two while I did other stories, came back and whipped the story out in an afternoon, with a fresher mind. Moral here would be , if you get stuck. Save, break and leave as long as it is saved, you can come back to it.

The last time was in October 2011, after a really bad experience in my personal life, I wanted to write a character out of my story line  but no matter how hard I tried, I wanted to write the piece then and there, my subconscious would not allow me to. Did it know the piece would below the standard I set for myself?

In my opinion, one possible cause for the block is genre-type. If you write one type of story, no matter how well you know your area, you always run the risks of seizing up as you are restricted to this style. Fortunately, being a cross-genre writer this has rarely occurred to me.

How A Rainy Day Can Change Your Life