My characters are haunting me!

Every time I finish a novel, I need time to let go of my characters. But does a writer ever walk free from a character that she has created and has associated with for a long period of time? It is not only that we associate with our characters while in the process of writing, but prior to the novel starting to get its first shape and draft, I ‘get in contact’ with my characters, sometimes even months or years before I write about them. 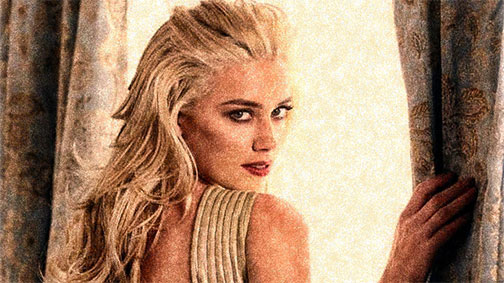 I shall speak now only for myself and my own relationship with my numerous characters that come to me, from somewhere deep down, from my psyche. They speak to me in a clear voice knowing exactly what they want from me, and sometimes hiding for long periods within, of course, hidden compartments of me, Branka Cubrilo, and they communicate with the original host asking, pleading, crying to get out, and when they are ‘out’ taking place in their preferable tale, they don’t leave. They never leave.

are vivid and expressional as any other person is to me. I see them: their features, clothes; their mannerism is distinguished and clear. Speech, as well, is distinguishable as I hear their voices, sometimes, more often than not, we argue, we cry, we protest and we negotiate.

I can’t say that I have the most favourite character from my tales. I love them equally as I give an equal part of myself to each and every of them. Even the characters that seem to be ‘not as important’ or the ‘minor characters’, I see them, listen to their needs, try to attend to their chosen expression and I refine them to every minuscule detail. None of my characters are the ‘less important’ character, the ones that future readers will not notice or remember. None of them have ever been forgotten by me, regardless of when I wrote the story, a week ago, or twenty years ago.

On November 23, 2011, I published a rather longish short story called ‘Pia’s Poem’ on Angie’s Diary, an online literary magazine where I occasionally publish some of my stories. When the story was written, I believed that I had finished all my dealings with Pia the poetess. I commenced ‘real work’ (I consider my novels to be my real work while short stories I write occasionally as a pleasurable pastime): the translation of ‘Requiem for Barbara’, then the editing of my novel ‘Fiume – the Lost River’ that was originally published in 1999, in Croatian. Practically, I had two major works in progress: the translation of the novel and the editing of another one.

While I am working on a novel, I am completely dedicated to the characters. Even when I am translating it, almost the same process takes place as when writing it from scratch. I relive the story and I do communicate again with my people, as I hear those subtle sentences, feel gentle guidance where to go, how to bend the story to accommodate their needs. I travel the world while following my characters from the Italian Alps, through the wilderness of Andalucia, right down to Down Under.

As I was progressing with the story of Barbara, Pia interrupted and started to talk to me. Well, Pia was never a part of that story, but then, Pia ‘told me’ that her story wasn’t finished, and that Barbara might as well become a part of Pia’s story. I decided to stop for a few days, to dedicate myself to other, more relaxing activities, hence I took long walks along Sydney Northern Beaches with Althea. I never talked to Althea about my troubles with Pia, but she asked, “Mum, what is troubling you?” When I said, “Pia is troubling me” she concluded, “Looks like it hasn’t been finished.”

Well, it never finishes, in my case, the relationship with my characters. I can’t really let go of them, or they can’t let go of me, I don’t really know what comes first. But, a few days had gone in those long walks along the Northern Beaches and one morning I was woken up with a conversation. It was four o’clock in the morning and I heard Pia’s voice. She was telling me the story that I skipped when I had written ‘Pia’s Poem.’ She said that it was ‘just a fragment from her life’ and she pleaded with me to get up and start from the beginning.

So I obeyed. I hadn’t had a choice. That gap ached within her, within me. It made me nervous, cranky and unfriendly, hence I knew I had to dive deep down and uncover the full story. The characters started to emerge: fathers, forefathers, mothers, grandmothers, siblings, familiar families, neighbours, familiar places and events, history of turbulent parts of Europe, my father’s relatives, and Nikola Tesla’s background was unveiled as a family tie… and here I am, two years after just simply publishing a short story writing a history, a saga of several families, and Pia is smiling with her little mysterious smile, like the Mona Lisa, quiet but magnetic, drawing me deeper and deeper into the depths of her psyche, my psyche, the psyche of my country and its nations, my little capricious Pia, unpredictable and free, as majority of my characters are – unpredictable and free.

They free me, not only, from the prison of the story, but from all emotions sometimes suppressed for generations; they lock me in, imprison me as they want me to come back to their stories, sometimes years later, to continue with my tales, their tales, the tales that are intertwined with the characters: Beatrice, Visconti brothers, Vincenzo K, Barbara Millich, Davor, Claude, Nicholas O’B, Marco and Susanne… and Pia, now as my new guide to some untold and unfinished bits of our shared stories as we are all part of it, bits of ourselves put together in each and every story – the cohesion of characters, a never-ending development as it is in life itself, never-ending development, growth and mystery.

Pia is my new mystery, my daily silent companion that only I can converse with, for she has chosen me to tell me the tale, or to make me remember the tale, as I often, or regularly, encounter my characters in some strange or ordinary places where only my characters can lead me to: down in Andalucia, or in London, or right here in my neighbourhood they haunt me, whisper in my ear while sleeping, and they never leave me until they get their stories out, and when I believe that they have gone as they finished their dealings with me, it proves, as a rule, that the end was just the beginning.

Paige Strickland: You are not Alone!