Atheism Is A Very Strange Delusion 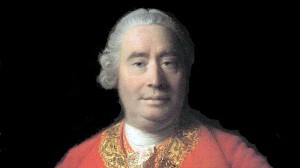 Atheism is a very strange delusion.  Atheists have convinced themselves of the following fallacy: as long as they maintain that God does not exist, God will cease to exist.  This is willful disbelief.

The sun exists whether I close my eyes or not, whether I shove my head ostrich-like into the ground or not.  Atheists seem to subscribe to the notion that God’s existence (or non-existence) is somehow contingent upon the will and whim of human beings.

Needless to say, the ‘ants’ (also created by the engineer) which have overrun the machine the engineer has created have convicted themselves that the machine has spontaneously come into being by reverse-engineering the process to the first bolt or screw.

They can’t see the engineer, because they can’t leave the machine.  So, since the machine is their whole universe, and they can find no designer in it, they have deluded themselves into believing he does not exist.  Meanwhile God… sits at the controls and on occasion whispers into the ear of some more open-minded ant – “maybe, just maybe you are all wrong.”

I really love Atheists, they refuse to imagine the impossible.  For them, only that which is tangible and testable can ever be seriously considered.  It makes for interesting conversations about unicorns and Noah’s ark and makes most Atheists so much fun to argue with.

Agnostics are holding out for more evidence, it is the safe approach.  I don’t have much faith in their ability to reason much less gamble.  Take a stand, an Atheist is someone who has taken a stand, I don’t have to agree with him/her – but at least they have an opinion.  This is where it becomes a battle between two forces.

On the one side is the intellectual force of Atheism which is grounded in reason, critical thinking and concreteness, in the tangible and real universe – the Atheist doubts and thus demands proof – as well as he/she should!

To do otherwise would be irrational.  In the other corner is the emotional force of Belief which is grounded in hope, in mysticism and in the transient and ephemeral quality of existence and of all things real and of course of all things imagined and unreal – the Believer demands that the envelope of reality be pushed, that there is more than meets the eye – as well as he/she should.  To do otherwise would be to settle for limits.

The debate between Atheists and Believers can thus be brought down to a single question, not “Is there a God?” or “Do you believe in God?” – these are childish questions… no, the Atheist/Believer debate is about this: “Do you believe in absolute limits?”  If you do not, you are in essence a Believer in God – God is the limitless, the infinite, the all-encompassing and yet transcendent whole.

If you do, if you believe that there are real and tangible limitations that cannot ever be overcome – you are an Atheist – your imagination cannot make certain leaps, it cannot consider the impossible, you know that some things are simply not real, and because you have defined them as unreal, they can never be.

I believe in the impossible.  Some things have to be believed to be seen.  Thus… I have seen God, and He is impossible, and so I am convinced that He is real.

“Jesus saith unto him, Thomas, because thou hast seen me, thou hast believed: blessed are they that have not seen, and yet have believed.” – John 20:29 (KJV)