The most important leadership lesson I learned from Sir Earnest Shackleton became his ability to keep his fists, heart and mind from becoming clenched tight.

Why has Sir Earnest Shackleton been called the greatest leader the world has ever known? Authors of Shackleton’s Way: Leadership Lessons from the Great Antarctic Explorer,Margot Morrell and Stephanie Capparell, wrote this book after discovering through their research the answer to that question. 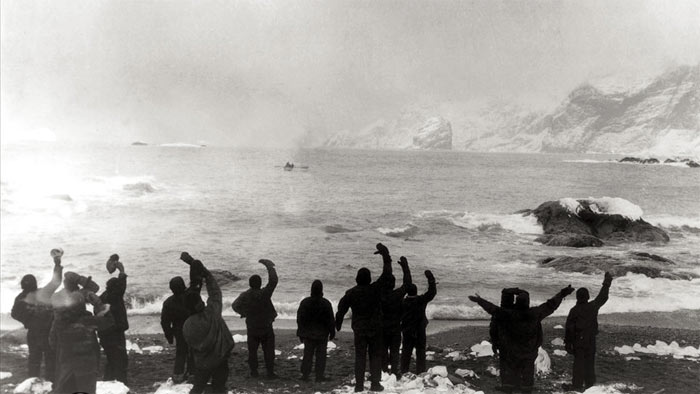 Shackleton was innovative and adaptive. He ran explorations to Antarctica, the coldest, driest, windiest continent on earth, covered by ice up to three miles deep with the coldest temperatures on earth, down to -128 degrees Fahrenheit or -82.2 Celsius.

Imagine a leadership test while stranded twelve hundred miles from civilization on Antarctic ice for nearly two years in temperatures so low you could hear water freeze. Earnest Shackleton not only led every one of his twenty-seven Endurance crew to survival, but led them to survive in good spirits.

What can business leaders learn about leadership from Shackleton?

Called by a friend a Viking with a mother’s heart, Shackleton built camaraderie, loyalty, responsibility, determination and optimism into his crew of men. Rather than command and control leadership, Shackleton saw the value in nurturing, humor, flexibility, teamwork and individual triumph.

A principled, passionate individualist, Shackleton committed himself to his goals with a dogged refusal to quit despite rough times. Poets Alfred Lord Tennyson and Robert Browning inspired him–Tennyson for his compassion and Browning an optimistic hunger for adventure. It was Shackleton who inspired T.S. Eliot’s poem The Wasteland.

Bold in his plans, Shackleton discerned their execution cautiously attending to details, calling himself Old Cautious, while his crew called him The Boss.

So, just what is Shackleton’s Leadership Way?

Of primary importance to Shackleton was a number two person who complemented his management style. The rest needed to be really hungry for the work. He valued loyalty, discipline, unselfishness, courage, optimism and chivalry among necessary employee character traits.

Shackleton commanded respect, confidence and affection. He led rather than drove. His motto was Prospice – Look Forward, the title of a Robert Browning poem.

Biola Olatunde Jan 2, 2020 1
Coming Home You know how you suddenly feel a fog has lifted from your mind and you remember a longing that had…
Short Story