Further to my post here on Angie’s (September 2nd) “Misusing words the modern day obsession”, http://angiesdiary.com/articles/misusing-words-the-modern-day-obsession/  here is yet another exasperating example of buzz words taking over.

In my old age I grow more and more annoyed of late as totally nonsensical modern day terms are seemingly replacing normal ones.

Take ‘Pay Down’ as the latest example of this nonsensical trend when referring to paying off fiscal debt. 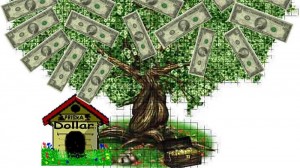 Whether you are a government, business or a private individual, we all accumulate debt which needs to be reduced. Most of us ‘pay off’ our debt by instalments using the direct debit method, cash or cheque, be they monthly, weekly, or annually. If you are richer than Croesus however, like our merchant banks and their share brokers, chances are they will delay paying anything off.  Instead they prefer offsetting it against another product that only appears on paper; hence the global financial crisis.

So what idiot came up with the buzz word term ‘Pay Down’ I ask myself?  What is wrong with simply saying ‘I’m reducing my debt, or, paying it off?

Just because the President of The United States of America used the term very recently to describe what he and his government need to do to reduce the US national debt, in no way means that it should become an accepted new term among economists and journalists worldwide. As for the journalists, they should know better. After all the English language is their business and stock in trade.