An Opportunity for Writers and Poets:  Dark Green Books are seeking authors and poets for their 2014 Short Film and Video competition.

Last year the Dark Green Books co-op inaugurated the first of our annual short film competitions. Speaking with considerable bias (for reasons which will become apparent), I considered the competition a great success. 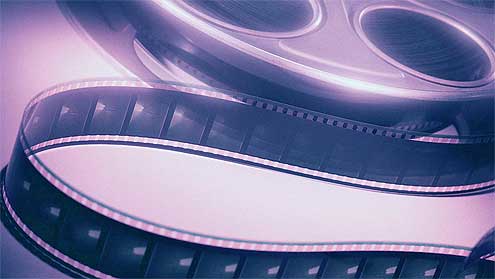 The competition invited filmmakers to create a video based on the works of Luke Andreski, the controversial author of Hunch, To The Bridge, and Now We Are Green.

A range of highly original and contrasting short films were submitted to the competition, based on poems from Luke Andreski’s collection Being Left Behind. The winning film was based on the poem ‘Passive Tense’, a poignant exploration of commitment and love. The author’s favorite entry, coming joint third in the competition, was a remarkably different take on the same poem.

As a founding member of the Dark Green Books co-op, I was delighted with the judges’ decisions and their warm plaudits for the shortlisted submissions. The two judges, Timothy Eastop and Christopher P. Jacobs, felt that the shortlisted submissions were of excellent quality and well-deserving of recognition. The short films have received thousands of viewings on various YouTube sites and have been widely distributed elsewhere on the internet. (To find out more about the winning entries and the judges’ comments please take a look here.

Given the success of the 2012 competition, I welcomed the decision to repeat the competition on the same basis for 2013.

However, it has always been our intention to broaden the competition to writers not involved in the Dark Green Books co-op. The principle behind the competition is one that stands on its own merits: it can only be a good thing to bring artists from the worlds of film and words together.

So, for the 2014 competition, we are offering five poets or authors the opportunity to participate.

The selected authors will need to provide to the competition five works on which the submitted films can be based. These works can be of any length. They can be individual poems; entire collections or novels; short stories; extracts from longer works. The works must be made freely available to the filmmakers interested in submitting to the competition, either via the internet or on request. We will select the five writers on a very simple basis: (a) do we like their work; and (b) subject to the approval of their work, we will adopt a first come first served basis.

The selected authors will be expected to pay a small administrative charge.

We believe the competition, and the works involved by both writers and filmmakers will be immensely exciting.

If you, or any authors or poets you know, are interested in participating in the competition, please get in touch via info@darkgreenbooks.co.uk.
In the meantime, check here to look at last year’s winning submissions, and check here for further news on the 2013 and 2014 Film and Video Competition!