It has come to the world’s attention that flight MH370 ended in the Indian Ocean. Although the debris, and bodies of passengers haven’t been recovered yet, this tragic news has been confirmed by the Malaysian Prime Minister, Dato Seri Najib Tun Razak.

It is simply one of the most devastating newscasts I’m sure the world has ever received. The thought of the lives of many that ended in such a tragic way doesn’t only sadden us, but for some of us could result in fear of boarding a plane ever again,. What the family members and relatives of the passengers have to go through is unimaginable and no doubt, painful. Some have lost a parent,  life partner, best friend, even a sibling, and it would require at least a few months for them to get over this traumatic incident. 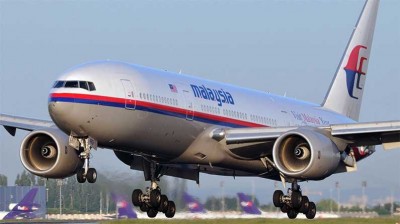 For starters:
1) During press conferences, the information or development of the search is only given briefly. The authorities shouldn’t give out information based on what’s been asked but rather they should give an elaborated version, and by elaborated I don’t mean exaggerated. We are talking about a missing flight and the lives of people that were on it, so to give such brief and short replies aren’t benefiting both sides, the family nor the search team. I’ve heard that many countries have been criticizing Malaysia due to the lack of efficiency, efforts and what not. I can’t really blame them because everything reflects on how you make it seem. By giving such a brief explanation, it might look as though they didn’t put all their effort into this search.

2) The MAS team should not have sent text messages to inform the family members of recent developments. Although they claimed they did it because it seemed like a safer and more decent way of informing the family members, but there are disadvantages. These include; the inability for some of them to understand the text message because it was in English. According to CNN, a lady who doesn’t understand English, assumed that the information was of good news and forwarded it to someone else. This I think eventually contributed to the mounting anger felt by some of the families.

Lastly, it was sad and tragic news, even more tragic than when they discovered the plane did not reach Beijing. So, anyone with the right mind ought to know that such news shouldn’t have been broadcasted with a text message, they should have informed them in person, or at least phoned them.

I’m not only mad at Malaysia, but I’m also upset at how some family members are dealing with the news. Scream as loud as you want, cry until the pain goes away, but don’t start calling Malaysians murderers, going on an anger march, protesting all the way to the Malaysian embassy. Please behave in a civilized manner. If you are dissatisfied and angry, go straight to the members in charge and make it known. Don’t start a commotion, here, there, and everywhere.

Think about it, although most of the passengers were from China, their families made it look as though ALL of them were from China. What about the Ukrainians, Russians, Australians,Malaysians, Dutch, French, Indonesians, Indians, and Americans that were on board?  Don’t they matter too? Their families miss them as much as the Chinese miss theirs.

In the end, it all boils down to how you deal with a problem. What they did was an improper act, it would only lead to tension between China & Malaysia in the future.

Thoughts and prayers go out to all 239 passengers; the world loves you, RIP.

Death is certain; it can be cheated, but never escaped.

Pat Bertram May 7, 2014 0
Without Words? We create with words. Even non-writers create worlds, meanings, stories with their spoken words.…
Publishing