A Silly Look at Paris

A Paris Obstacle Course for Americans.
This is meant to be a modern, Mark Twain Innocents Abroad type look at Paris. I am in no way comparing myself with Mr. Twain, nowhere near the same league. Just the same sort of tongue-in-cheek humor. None of this is true; more silly stories created out of what my imagination sees!

The American Ambassador to Paris.
So you think his job is all cocktail parties and important people. Much of his time is spent rescuing Americans who get into all sorts of difficulties. I will cover some of these dreadful possibilities. Paris is like a booby trap, waiting for people it considers boobies. 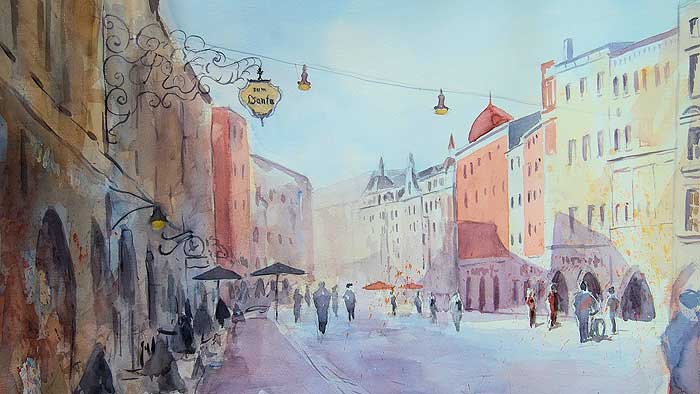 He contacts Washington and the Secretary of State. “Oh Madame Secretary, is there no way we can control, some of the people who come here? Limit it to people of class and breeding? It would make our relations with our French friends that much easier.”

“No, Mister Ambassador. They can afford the passport, they go to France.”
The Ambassador cries to himself in the wee hours. “Oh, if that were not the case. My time is spent saving the Ugly Americans from themselves in this great city. Oh, being an ambassador is not all it is made out to be.

The Ugly Americans.
Sam and Maybelle Houston are as Texas awl as Texas gits. He did not want to go, but she did. “Darlin’Dallas has Neiman Marcus. Why do we have to go all the way to Paris?”
“Because I want to.”

Sam knows he is licked. His first mistake upon arrival is insisting on an SUV. Now this works in Texas, but not on the narrow roads coming into Paris. Sam finds he is enjoying this though, as drivers in their brand new Jaguars are giving him a wide berth. Busses are giving them a VERY wide berth.

Sam is leaning out the window yelling and whooping. Alas, his luck runs out in the Latin Quarter when he goes into an old Medieval street and gets stuck. It is not the money, he can easily pay damages out of pocket. It is the annoyance of the Parisians.
First of all, the SUV is blocking the street. Traffic, already bad, is backing up. All the surrounding Parisians have to throw in their two Euros about the Ugly American.

Maybelle starts to cry, Sam throws up his hands, “What’s wrong with these people? Can’t y’all tear down some buildings?” He points to the Pantheon as one building that has to go.

The tow truck finally shows and some semblance of order is restored. Sam and Maybelle hop in a taxi. Maybelle decides she want to go to the Louvre. The taxi is small and is riding low in the street. Sam is cramped. “Why can’t y’all have larger cars? How is a former University of Texas football star supposed to git comfortable in these thangs?” Maybelle is too busy watching the sites. The driver is a man from Mali and speaks no English. “Mah luck, ah am in a taxi, of all thangs and he doesn’t even speak English. Maybelle, don’t tell anyone in our club we were in a darn taxi.”

They finally get to the Louvre. Sam hands the driver 100 Euros and they get out without waiting for change. Maybelle loves the Louvre, the Mona Lisa, the sculpture. Sam is just indulging her. A young man bumps into Maybelle and starts to wander off. Sam grabs him. “Boy, ah think you owe mah Maybelle an apology.”

“Monsieur, I owe nothing to you, you fat American! You were in my way, Monsieur.”
Sam’s fist is larger than the kids face. Sam’s fist now fills the kids face and the Battle of the Louvre is on. This was the beginning of the Ambassador’s day, as he went to visit Sam at the Palais du Justice. The cops get the Ambassador coffee and Pain du Chocolat, he is that much of a regular. A Texas Congressman has already contacted the Ambassador.
“Mr. Houston, why did you hit that young man?”

“Mr. Ambassador, he was rude to mah Maybelle and didn’t apologize. In Texas, I would have shot that boy.”
“Well this is not Texas and the authorities here do not take kindly to their young men being hit.”

“What kind of damn country is this? Cars don’t fit in the streets, people don’t speak English, the money ain’t green, and young people don’t say yes ma’am and no ma’am. No wonder Europe is in trouble.”

The Ambassador sighed to himself. “This man has political connections I have to pay attention to. It is what it is. Mr. Houston, I will do what I can.”

Two hours later. “Mr. Houston, if you pay damages, you can leave, your passport will be stamped Banned from France.”
Maybelle cried, Sam grunted. “All I care about is they will not be back. There may be more to take their place. A song from Gilbert and Sullivan’s A Policeman’s lot is not a happy one, keeps playing through his head. An Ambassador’s lot is not a happy one..

An Evil Parisian Plot to Break Americans.
Americans are taking places injured Parisians need in hospitals. There seem to be three main ways for Americans to be broken in Paris.
The first is Americans who stay on the fourth floor of a hotel without an elevator. They get out of the shower, the shower is four inches above the bathroom floor. They don’t pay attention and fall, breaking themselves. Alternatively, staying in apartments on narrow spiral staircases and being stuck or falling.

Then there is the Metro. It is hot and sultry. Americans can’t take it, pass out and knock the Parisians over like tenpins. When the doors are opened by the Parisian EMT’s at the next stop, they know immediately what happened. American fainted again, sending twenty Parisians to the hospital as well.

Pere Lachaise Cemetery. Tripping on the cobblestones at the top of the hill and being splattered on the bottom. Ambulances hang out at the bottom. The ambulances come from different hospitals and fight over the victims, breaking them even more.

Pere Lachaise. You have heard all the jokes. You’re dead to me! Only the dead know Pere Lachaise. I see dead people. Oscar Wilde’s grave was the most interesting. Allegedly, his last words were in the dreary hotel he died in. “Either the wallpaper goes, or I do.” His tomb is covered with lipstick, even though the instructions specifically say not to deface it. People leave Metro tickets with messages. Why Metro tickets, he isn’t going anywhere. Or is he?
All sorts of famous people get no eternal rest here, because so many walk around. It is beautiful for the living. Trees, rows a hill.

The Metro.
I have already covered the heat. The older trains have hooks on the doors. If no one is getting on or off at that door, you have to open it yourself. Oh, but the conductor is happy to sound that loud horn before closing the door and he has no patience for slow Americans blocking HIS train doors. You don’t want to be the reason the Metro goes on un greve, a strike.

Then there are the transfers between lines, or Correspondence. I don’t see any correspondence in those long tunnels, up and down stairs. Where is the next platform, Normandy? The tunnels like the commuter trains are full of graffiti. OK, so you can write, bring it to the surface.

French Women.
Oh la la, I don’t know how they do it. I was melting in the July heat, but they always looked so well turned out. I looked like the Wicked Witch of the West, after Dorothy threw the bucket of hot water on her.

Institut de France.
It is officially where the Alliance Francaise is located. This is the organization that monitors the French Language. I hold though, it is really a secret organization, where one learns to be French.

This is another place where Monty Python has corrupted me. All that comes to mind is the Holy Grail, the French castle in England. Of course, I am French. Why do you think I have this outrrrraggeeous accent?!
How do you become French. In a secret ceremony like the Mafia. You swear on the ghosts of Joan of Arc and DeGaulle you will adopt French Language and culture and forsake all others.

So this is Paris. Be careful and have a nice day.