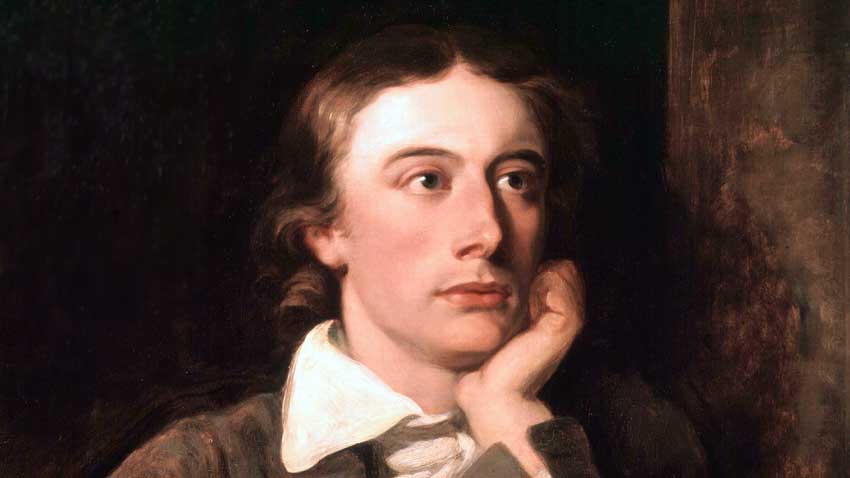 A Lock of Milton’s Hair

In 1818, John Keats wrote, “On seeing a lock of Milton’s Hair.” Leigh Hunt, another poet during this time, wrote three sonnets after he viewed Milton’s hair.

These individuals had the opportunity to view Milton’s hair with poet and friend, Robert Browning (1812 – 1889). he carried around with him a small silver circular container with a divider; on one side was the lock of John Milton’s hair and, on the other, a lock of Elizabeth Barrett’s hair.

Having a lock of someone’s hair was a typical way of saying you were fond of the person, or perhaps the lock of hair came from a loved one.  The practice of cutting your hair and giving it to a friend was simply a tradition in Milton’s time.

This tradition did not change until the 19th Century when cutting a lock of hair was substituted by the autograph of a friend or famous person, a practice that is still around today.

Authors who read from their work lug books to each reading, hoping some of those who listened to the reading will stay behind and purchase a book.  Readings are normally local people in a town, city, or village, and most are strangers.  The author always thanks the listener and asks for their name.

The purpose of knowing the individual is to make the signing more personal, to begin with, their name, followed by a few words and signed.  Bookstores have special stamps on the cover of each book telling the reader it is an autographed copy.

In the 20th century, people still save a lock of hair from their children before a first haircut, and enclose it in an envelope and place them in a keepsake; a baby’s book.  During the 50s and 60s, parents saved their child’s hair in boxes, tied up in ribbons and bows, and placed the box inside a cedar chest, also known as a hope chest for the unmarried.  As before, people saved hair and collect signatures from authors or famous people.

In the 19th Century, people began writing letters to famous individuals, asking for their signature on a photograph or drawing.  They kept their fingers crossed that the drawing would be returned and not tossed away by some publicity agent.

The nicest way of obtaining a signature is always in person, and it is becoming more common to have a picture taken with a famous person. You end up with two keepsakes.

Some famous individuals had a staff of people to take care of photos, signatures, and fan mail.  The only time the real person signed his signature was when they received a drawing, print, or something they signed, and the staff would mail it back, safe and sound.  Signatures were now getting rare, and the electronic signature was born.

During the Romantic period, many small books of poems surfaced which were written for individuals. The signature would appear on the first page, these are collectibles, or if you were extremely close to the author, a small clipping of hair would be taped to the first page.

The act of giving of ones’ hair changed to life and death masks of those well known following the Romantic era.  A cast of the faces of people would be made either while they were alive or after death.  Masks are on display of Keats, Washington, Lincoln, and Napoleon at various museums worldwide.

The tradition of the lock of hair continued after death.  Napoleon requested his hair be cut, and bracelets be made for his wife, mother, son, and other relatives.  Napoleon’s wish was complete.

An unusual tradition began by Charles the II – the King of England from 1660 – 1680 when the King asked for his mistress’s pubic hair.  He kept gathering more and more hair until he had enough to have it made into a strap for his watch.

Many of you have visited Mount Vernon, George Washington’s home, but perhaps never noticed his hair on display in nearly every room.

How did Robert Browning obtain the silver container with Milton’s hair?  It was a gift from Pope Pius V, who first gave it to K. de Kay Bronson – who recently moved to Italy.  In return, she gave the silver-filled container to Robert Browning, knowing how strongly he represented his work and the work of John Milton.

Eventually, Milton and Barrett’s locks ended up in New York City in 1933, at the National Auction Gallery from the American Collector Dallas Pratt, who obtained all of the items belonging to Keats.

The story of Milton’s hair continues to go on several trips. Still, it did come home, and in 1971 as a gift to honor those one hundred and fifty years after the death of Keats – Pratt purchased the silver container and the locks and presented it to a small art gallery in Italy.