Richard, Duke of Gloucester (later King Richard III) could well have gone into the history books as a footnote between the Plantagenet dynasty and The Tudor reign had it not been for William Shakespeare’s play and the mystery of “The Princes in the tower.”

Richard was only on the throne a little over 2 years, yet his role in history was cast as a villain the equal to the Borgia’s in Italy. 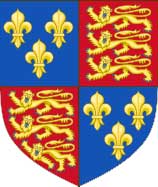 They say history is written by the victor, such is the case here. Shakespeare had to court favour with the new Kings, how better than to make the last King appear evil. For centuries people had read and believed what Shakespeare had written. It was only in the mid 20th century that it was found that all claims as to Richard’s villainy were written by people from Italy and the south of England, who had never had contact with the Duke.

Researchers have proved that original paintings of Richard had been tampered with to give the appearance of the infamous hunch-back, there is also evidence that the portrait displaying a broken sword thereby insinuating a crooked personality. Had been disfigured to further tarnish the former King’s name.
The real villain in this story would appear to be Henry Stafford, 2nd Duke of Buckingham. He had a real claim to the throne but as this was through daughters of younger sons, it was remote. However, he had led an uprising against Richard in October 1483, months after Richard came to the throne. It was at this time, with Richard as Lord Protector of the Princes, they were imprisoned in the Tower of London. Never to be seen alive again. The result of the uprising was a failure and Buckingham’s execution.

Stafford’s plan was to try and prove the Beaufort line of ancestry as illegitimate, thereby putting his claim against Henry Tudor as the rightful heir having killed the princes and given Richard the blame. The Beaufort line goes back to John of Gaunt, many historians think Stafford was planning to take the throne as far back as the reign of Edward III.

Today there are many books telling the story of the “Princes in the tower,” very few say Richard is to blame. I read and recommend Josephine Tey’s “Daughter of time.”

When I was small I was given a toy slide show for a Christmas present, one of the images of Scarborough that stayed with me was that of the Richard III museum on Scarborough shore promenade. Over 45 years later, I returned to Scarborough and saw the same view I had seen on my slides.