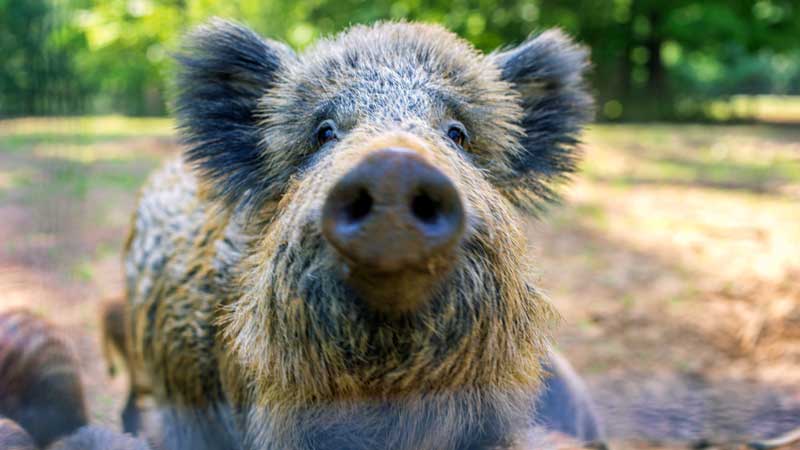 The Year of the Boar

The Year of the Boar begins his reign on Friday, Tuesday, February 5th, 2019, and ends when the Year of the Rat begins on January 24, 2020. The Boar is the last animal in the Chinese Zodiac, right after the Dog and before the Rat.

The Boar person is honest, friendly, sought after and seeks universal harmony. He can have fights and differences with others but he will not carry grudges. And like all the other animals in the Zodiac, they know exactly how important the big Chinese celebration coming up is all about.

Lunar New Year is a very special time for the Chinese, something they look forward to every year. It’s usually the same, one big giant celebration which is equivalent to all birthdays, Christmases and Thanksgivings rolled into one.

The Chinese spare no expense and spend lavishly on food and drink, particularly during the first two weeks. Many splurge and provide their families with an ample supply of chicken, duck, meat, fruit, and vegetables while others search out restaurants that will be offering special holiday banquets.

Three days preceding the appointed date, houses are cleaned, and new clothes are bought for everyone in the household. Debts are paid because everyone wants to start off the New Year with a clean slate.

Decades ago this holiday was celebrated for a full month but today the festivities are about 15 days. Some Chinese businesses close for 3 days. The family dinner served during the eve of Chinese New Year involves a large spread. Fresh fish is a “must” as fish (yu) has the same sound as the word for abundance and implies the family will not want in the coming year. Togetherness and plenty for all are the keynotes at this particular time.

New clothes are worn on the first day of the New Year. Relatives and friends bring food gifts since food is inextricably tied to the concept of prosperity signifying that there will be plenty to eat in the coming year. Elders give out red money envelopes (lai-see) to younger children and unmarried people. Others visit the Buddhist temple in order to bring good luck to family members. Firecrackers and incense are burned to chase away evil spirits and red banners are hung on front doors to encourage good luck.

In some large major cities, Chinese celebrations always include a parade featuring the traditional and colorful dragon dance. Another will be to consume delicious dishes prepared for just this occasion which explains the old Chinese proverb that during the first part of the New Year, no one goes hungry. Since food plays an important role in all Chinese functions, all meals are prepared in advance because cooking that special day is taboo.

Jai or Monk’s Food is the most popular New Year’s dish. This recipe originated with the Buddhist monks who were vegetarians and is still be served today. Monks went begging door-to-door and were given meager portions of vegetables. From this, the Chinese, being inventive cooks, came up with the meatless Jai dish.

During the weekly celebration, parents, grandparents, and friends will be honored with gifts such as oranges, candy, nuts or pastries. This period promotes benevolence, reunions, family unity, and remembrance when people will pay homage to their deceased ancestors.

Candied preserved fruits and vegetables together with melon seeds are symbolic of Chinese New Year. They also signify something – melon seeds mean many children, the long vines of squash and melon plants mean a long line of descendants, lotus seeds mean production of sons, while carrots, tangerines, and kumquats are also prized because being round and golden, they signify prosperity – “kum” or “gum” in Chinese means “gold,” thus golden wealth.

While many will enjoy special foods, events, and festivities, it is no secret that the Chinese are superstitious, especially about New Year’s Day. Knives and scissors are put away so that no one can cut the continuity of luck and loans are not negotiated that day for fear that it might entail loaning money for the rest of the year. Brooms should also be avoided as they can sweep away good luck.
For many of us who simply adore Chinese food and live in areas where we cannot buy some ingredients necessary for a traditional Jai dish, you can always substitute and come out with a creative meal of your own. Here are a few easy suggestions to try.

One of my favorites is Velvet Corn Soup because it only requires a few ingredients and you will end up with a delicious broth. First, skin and bone a chicken breast, dice into small pieces and marinate with 2 tsp. Sherry and set aside. Open a can of Chicken Broth (low sodium is desired) and add a can of water. When it boils, pour in the Cream Corn, toss in a few slices of fresh raw ginger and when it comes to a boil again, toss in the diced chicken and continue until chicken is done. In the meantime, beat an egg, then slowly stir into soup. Turn to low heat until dinner is ready.

Another easy one is Mushroom Chicken with vegetables. Lots of chopping but so worth it. First, slice skin and bone two chicken breasts and dice into small pieces. Marinate chicken with oyster and soya sauce. Heat up a skillet with sesame oil, toss in two garlic cloves, and toss in chicken, cook at high speed for about 5 minutes, add some sliced mushrooms and slowly add whatever veggies you want like carrots, celery, daikon, napa, onions, cabbage. Cook over medium heat mixing well and turn down low to simmer which is a good time to toss in Zucchini since it doesn’t take long to cook. Enjoy – This is absolutely delicious over rice.

How about shrimp? New Year’s meal wouldn’t be the same without seafood. Shrimp and peas. Remove vein from 1lb. medium sized shrimp. Cut half lengthwise and across into three pieces. Marinate with 1 tsp. wine, 1 egg white, ¼ cup green onions. Pour some sesame oil into frying pan, and stir fry for 2 minutes and then add one cup of frozen peas, add ½ tsp sugar and 1 tbsp. water mixing all ingredients together.
Hopefully, you will add these tasty recipes to whatever you decide to cook and enjoy on Chinese New Year.

There are many things we can learn from the past. Let’s take a look at a few of them during the Boar years.
In April 1947, Jackie Robinson became the first African American to integrate the all-White domain of Major League Baseball. He signed for a $600-month salary plus a $3,500 bonus and made his debut at Brooklyn’s Ebbets Field playing first base. Robinson faced enormous animosity and racism but batted .297 for the season and was named National Rookie of the Year and led the Dodgers to the World Series.

In 1959 Alaska was admitted to the union and becomes the 49th State and Hawaii became the 50th State. That same year Boeing 707 Jet airliner came into service and Barbie Dolls created by Ruth Handler is a big hit and is made by Mattel.

Country music star Loretta Lynn, in 1971 had her biggest hit yet with her autobiographical song, “Coal Miner Daughter.” This was her first single to chart on the Billboard Hot 100. Also, 1971 marked the start of the digital age when Microprocessors were invented and in October that year, Disney World officially opened including Magic Kingdom Park, Disney’s Contemporary Resort, Polynesian Resort, Fort Wilderness Resort, and their campground.

In 1983, President Ronald Reagan proposed building a nuclear shield that would offer the United States complete protection from Soviet Missiles and although he didn’t identify it as such, President Reagan unveiled his strategic defense initiative – the futurist space and land-based defensive system that he soon nicknamed Star Wars. Ironically, the film, Stars Wars: Episode V1- Return of the Jedi was released that year.

In April 1995 a homemade bomb devastated the Alfred Murray Federal Building in downtown Oklahoma City. The bomb took down the nine-story building that housed government offices, military recruiters office, and a daycare center. The Bomber was not a foreign terrorist but one of our own, Timothy McVeigh.

In 2007, Harry Potter closed a Billion dollar chapter in publishing history while three sequels stormed the box office with record-breaking results. That year Madonna and Radiohead turned the music business on its head. Hollywood writers shut their laptops down because they were sick of being treated like writers. Young stars traded headshots for mug shots, much to the delight of ‘blogarazzi.’

Hang on everyone, 2019 is going to be an interesting year. It will be a Year of goodwill to all. The Boar carries with him contentment and security so you could be happy without having or needing lots of money to make it so. The Boar year is one of plenty. If life is worth living it must be lived to the hilt. That is his motto. The Boar is lavish with gifts as he is with affection and takes pride in being chivalrous and extravagant. It would be ill-advised to overspend this year or make sizable investments without thorough investigation. We don’t want to regret impulsive acts of generosity made on the spur of the moment.

Just watch out for excesses and be careful when it comes to money matters as anyone can be susceptible to Swindlers. When the opportunity sounds like it’s too good to be true, it is, so RUN away fast.
This year will find us entertaining more than usual and getting involved in charitable and social functions. It will be much easier to make friends in the Boar’s tolerant and expansive atmosphere.

Gerry Huntman Nov 21, 2013 0
The One Percenters While I don't spend a lot of time watching the sport, I am a keen follower of Australian…
Book Review