We are ten years away from a single world currency and one world laws-its globalism and we can’t stop it.

There are a lot of powerful people who made a lot of blood money off America’s War on Terror and they would fear one world laws because such a system would put them in the prisoner’s box in the Hague.  In fact, they would use all their power to stop such advancement, pushing us into a Second Great Depression. 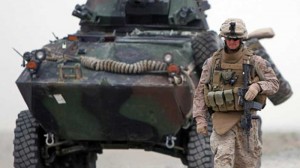 We must find a way of turning a page to help us bring in the new Millennium.  In the last decade, we had the War on Terror brought into our living rooms, some even joined in to fight it. To wrap up this episode in our history, we need a Truth and Reconciliation Committee.  Such a committee helped end apartheid in South Africa and could easily wrap up the last conflict.

Who should host it? Pope Benedict. Why? The Catholic Church has doomed itself by covering up the predators in the last child molestation scandal.  Thus this institution won’t survive the century.  In order to make the Catholic Church, or religion itself, relevant to today’s young people, Pope Benedict should host 2012 Truth and Reconciliation Committee in Rome. Let Benedict be that transformational type of character. We should make it easier on our leaders and business leaders to come clean in such a public forum.

We should find out how they caused the War on Terror and got away with it, preventing such an episode from happening for a very long time. We should not have to wait for 10 years for a single world currency and one world laws.  Let’s have the 2012 Truth and Reconciliation Committee in Rome and avoid a chance of falling into the 2nd Great Depression.  After all, Rome did cede for the 20th century.