2012: Keeping the Backside In the Chair

With the burgeoning number of self-published success stories, and the discovery of new writers going full force in traditional and indie publishing, it’s clear the world is filled with people with the discipline to put in the time at the keyboard required for producing finished work.

Yet “Backside in Chair” is always the challenge for writers. The allure of not writing is fierce.

I do pretty good in getting myself to the keyboard at a fixed time every day, but making things meaningful is still a challenge. I thought some techniques and thoughts I’ve picked up from a variety of sources might be useful as everyone is setting goals for 2012. 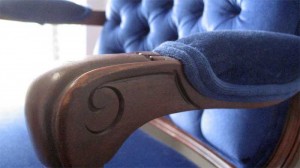 1. Forgive yourself.
Victoria Nelson, one of my teachers at Goddard College, has written extensively about writer’s block. When she offered a session during one of the residencies I attended at Goddard, I was quick to sit in.

I was surprised how many of my classmates were also on hand. I thought I was the one getting a little slower and less driven, but I discovered all those fresh-faced fellow students who I assumed were chipper and devoted and knocking out 20 pages in the morning before breakfast were also wont to creative struggles. The best advice Victoria gave all of us was to be lenient on ourselves.

We all get tired. We all have conflicts that zap creativity. Don’t be so demanding on yourself that a walk outside becomes the trait of a malingerer. Be gentle and kind to your creative self. You’re nurturing a gentle spirit. You shouldn’t try to motivate it by becoming the sales manager from Glengarry Glen Ross.

2. Relax
Sometimes it’s good to go with the flow or let the muse push you rather than resisting. I’ve had a project on my plate that hasn’t ignited for me the way I’d hoped.

I recently decided to stop forcing it for a while and do a couple of projects I wanted to work on. I wrote a couple of short stories, and a 10-minute play, which is an interesting thing to try. Having some parameters within which to focus creativity proved invigorating. It was a blank page with a few lines to color inside. That kind of got me ready to focus again on the other project.

If there’s a stone in the stream, the water moves around it. Going with the flow can be a way to stimulate yourself creatively. Look for the wanna.

3. Tomatoes!
When the backside, all right the ass, is in the chair, that doesn’t mean the fingers are being effective on the keyboard. I learned about The Pomodoro Technique® in a podcast all writers should listen to, KCRW’s Martini Shot. Storytelling techniques may differ, but creative foibles are universal as TV writer Rob Long reveals each week.

He mentioned trying the Pomodoro Technique® (means tomato in Italian) some time back. It involves a cooking timer and concentration goals. A timer on a smart phone will probably serve also.

The goal is to stay focused for a set period. Set the timer and then, coffee is for people who’ve written for 25 minutes. Don’t browse your Netflix queue, set a task for your Sims or check e-mail, just write until the tone sounds. It’s a good way to nudge your consciousness into that creative zone where sparks ignite.

4. Just do it.
You have to nurture the spirit, but don’t be the malingerer you accuse yourself of being either. Years and years ago in Writer’s Digest, Lawrence Block wrote a “just do it column.” That’s what it boiled down to anyway. It’s probably in one of his books on writing as well. They’re worth checking out as is is fiction. See No. 6.

Everybody has bad days. Almost anything can throw a kidney punch to the creative spirit. Take a deep breath. Hold it. Let it out and put something on the page. Wipe the blood off it later. Sometimes in writing you’re just getting the shapeless clay on the table so that you can begin sculpting.

Another of my Goddard teachers, Selah Saterstrom, had another great metaphor for polishing a first draft manuscript. She called it wrestling with an angel, working to bring a book or work into its best form.

Whatever the metaphor, get something down so you can hone it.

5. Don’t worry about your neighbor’s work
Another great podcast from KCRW is The Business. It’s usually a mixture of film industry news and an interview with Matt Damon. But sometimes other snippets are woven in, such as advice to film animators collected by an aspiring animator. In a recent ‘cast, one animator noted he was always encountering better animators. That only nudged him to be better.

There are better writers than you. There are gonna be better writers. Worse ones exist, too. So what? This really is all about you. Cheer on your compatriots. Celebrate excellence. Look in awe upon brilliance, and do what you can. Be inspired by the great. Don’t let any of it hold you back. As basketball coach John Wooden said: “Don’t let what you cannot do interfere with what you can do.”

6. Always be reading.
Goes without saying. Maybe it’s the writer’s version of that Glengarry Glen Ross bastard’s “Always be closing.” E-books have really made this easier. There’s good and bad to the electronic universe. One good is that you can have a library in your pocket now, not just one pocket book that doesn’t really fit in a pocket. I find it hard to read on a smart phone, so I have some cargo pants. My Kindle will fit into the larger pocket on the thigh.

I try to click through a few percentage points on a book in any down time. I’m not as good at it as my friend Katie, but then she is topped bya friend who puts her Kindle in a zip-lock bag so she can read in the bath.

7. Always be submitting
Maybe this point is more the Glengarry equivalent. Rejection isn’t fun, but it’s part of the process. E-mails aren’t as much fun as rejection slips used to be. I pinned rejection slips to my bedroom wall back in The Pleistoscene. Michael Avallone once suggested “build bonfires with rejection slips.”

Whatever you do with rejections in whatever form, they should serve as a kick in the pants. They’re often indicative of one person’s taste or a market’s particular need.

Or if they suggest something truly wrong with the angel, then it’s an opportunity to get back in the ring.

Hope if you found your way here that those are helpful ideas. May 2012 be a wonderful, productive year for all those compelled to create.

Originally published on my blog Sid is Alive

Nothing is New, Only Rediscovered

Calvin and the Voice

Mysti Parker May 11, 2014 3
Rules Schmules “I believe the road to hell is paved with adverbs...” ~Stephen King, On Writing Yes, Mr.…
Publishing