Who Can Fix Congress?

The 26th amendment, granting the right to vote for 18-year-olds, took only 3 months and 8 days to be ratified!

Why? Simple! The people demanded it. 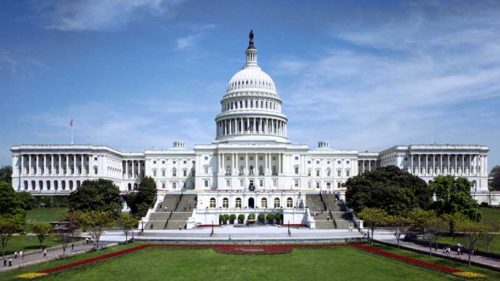 That was in 1971…before computers, e-mail, cell phones, etc.. Of the 27 amendments to the Constitution, seven (7) took 1 year or less to become the law of the land…all because of public pressure.

I’m asking each of you to tell a minimum of twenty people; in turn, ask each of those to do likewise. In three days most people in The United States of America will have the message.

This is one idea that really should be passed around.

Serving in Congress is an honor, not a career. The Founding Fathers envisioned citizen legislators, so ours should serve their term(s), then go home and back to work.

If each person contacts a minimum of twenty people then it will only take three days for most people (in the U.S.) to receive the message.  Maybe it is time.

THIS IS HOW WE CAN START TO FIX CONGRESS!!!!!

Take Full Responsibility for Everything