The Teacher Layoff Shuffle: Novelty and fad dances are great fun, and California has played a leading role in introducing and popularizing many, from the Swim to the Watusi, the Mashed Potato to the Funky Chicken.

But there’s a type of dance routine, performed here each spring, neither enjoyable nor very sensible.  In fact, it borders on the sadistic. 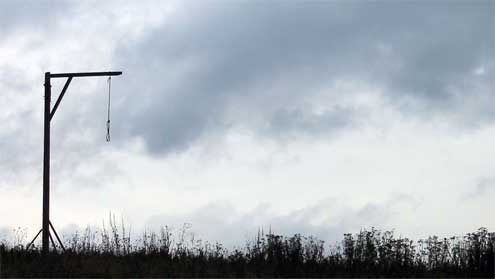 By state law, teacher layoff notices to Kindergarten through 12th-grade teachers in public schools must be sent out by March 15.  This is when the annual rite begins.  How bitterly ironic to start the process in the heart of the Ides of March.

And at this time, many teachers, like Julius Caesar before them, discover that presumed friends and allies are actually more like enemies bent on their destruction–professional if not necessarily physical.

The many thousands of initial notices carry no finality.  It is almost like the District saying, “We have the right and the power to lay you off—regardless of tenure, regardless of union “protection”–and we well might, and very soon.”  First, there will be emails, memos, and meetings.  There will be uncertainty and anxiety.

But, hey!  A significant percentage of those actually laid off a couple of months from now will be rehired almost immediately.  Not only that, but a numerically ranked list has been created based solely upon seniority (never mind the niceties of actual teacher quality, student performance, or history of evaluations). If you are close to the top, there’s really very little chance that you will be both laid off and then not rehired in a short time.  So what’s to worry about?  This is the Teacher Layoff Shuffle.  Grab a bottle of tranquilizers and hit the dance floor!

In fact, a tiny percentage of those receiving notices in March is without a teaching job after the ultimate ax falls on some by the second state-imposed deadline, on May 15.  Yet, in addition to the obvious burden of stress, most have by that time lost a month of school-sponsored benefits and have been forced to sign up for COBRA primary medical insurance.  The COBRA acronym is most fitting.  Although technically standing for the 1985 Consolidated Omnibus Budget Reconciliation Act, this usurious insurance plan rivals its reptilian namesake in venom—only the bite is financial.

Ironies abound.  One is that each year National Teacher Appreciation Day falls on the Tuesday during National Teacher Appreciation Week, this year on May 7, and always about a week before many of those in limbo will know their fate.  Meanwhile, they are showered with complimentary, flattering words and often small gifts.  They are appreciated.  They are valued.  They are the backbone of the school.  And on and on….  Yet are they not intelligent enough to comprehend the blatant hypocrisy inherent in this charade?

My wife, Cassandra, is one of the many public elementary school teachers who have been batted around like a piñata in this farce for the past several years.  She is now teaching in her third school within the District, after having been threatened with layoff every year, actually laid off twice, then soon rehired, but not before the emotional, psychological, and financial wear and tear we have come to expect and must annually live with. Just several days ago, while we were sweating out the expected arrival of the death-dealing final notice of layoff, by certified mail, around May 15, she learned that she had just sneaked though.  Mind you; she did not find out by email, phone call, or special delivery U.S. Mail.  She had to take it upon herself to contact the District Office, a couple of days after the deadline, to find out that, yes, this time, she had been spared.  As if through a last-minute pardon by the Governor, the educational gallows would not claim her neck—at least not this year.

While there is no doubt that this state’s public educational system is facing formidable challenges of various types and suffering and attempting to adjust to several major financial cutbacks, the current method of addressing teacher layoffs is misguided in the extreme.  More reasonable and compassionate options must be at our disposal to determine and administer a probably small number of unfortunately unavoidable teacher terminations.

Our noble Native Americans coaxed the heavens with rain dances, but the Teacher Layoff Shuffle results in nothing but bitter tears.

Angelica Pastorelli Aug 4, 2013 27
Short Story Writing Contest 2013 THIS CONTEST IS CLOSED - THE RESULTS ARE PUBLISHED BELOW Angie's Diary is…
Writing