Tech Startups are a lot like old Hollywood–they both have their own language and they are at the cutting edge of technology. I must admit I am a fan of Shark Tank and the Canadian Dragons Den. Yes, I know the British have their own Dragons Den but… oh, the horror, I have never watched it!

Any hoot, such reality shows feature professional investors, receiving investment pitches from entrepreneurs, or product inventors. Just take one look at these types of shows can lead to a lot of questions. For instance, would a banker, or a loan officer, even fund any of these entrepreneurs? No. But the game of tech startups is a different animal. Let’s say we have an invention. We patent it and trademark it. Then the marketing side will kick in. 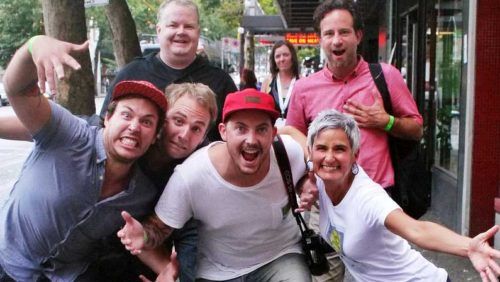 If you are in Canada, this will lead one to the Shopping Channel. And then, hopefully, distribution will be the result. So if one wishes to go to the next level, Dragons Den, or Shark Tank, is a way of the entrepreneur to get that startup some traction and that strategic partner who would open doors.

If one looks at the Tesla car, it received research and development money from the Canadian government. Yes, Tesla was first built in Canada but the Amazon founder took this product invention to the next level–mass production and selling in the United States.

How about Blackberry? Yes, it was also funded by R & D dollars in Canada and that is why Silicon Valley North is in Waterloo Ontario, Canada. But I must admit I have a very crazy theory about why tech startups don’t get good press in the business section. Why? Regular companies, or private individuals, have to go to a bank for a loan. Tech startups don’t. Tech Startups go to convention shows, get behind a desk, and show off their exhibit to those who frequent such events. It gets good press, companies like Amazon walk in and get the ball rolling.

So the banks are left out in the cold. More importantly, banks never fund an unproven product with no track record. So if a tech startup does see success, it never gets a heavyweight champion treatment from the banks. Why? The banks never funded it. The tech startups got seed money from their own sector. Thus, if the banks had funded it, the business section would clap loud and make everyone know it.

But it is only a mad theory and I do have a lot of them…. Nothing lasts forever. Even companies like Amazon come and go. What can governments do to promote startups? For one thing, look at the Tar Sands of Alberta as an example. In boom times, the fossil fuel industry never put any money aside for the future. When the oil and gas industry went bust, all the workers were all given pink slips. Right now, there are three trade agreements being negotiated – TTIP, TISA and TTP. I like to suggest these trade agreements have a Rainy Day Fund.

What is that? For everyone who buys an e-bike, or an e-car, there should be a 15% head tax. Why? The money collected would go to a Rainy Day Fund–all to fund green infrastructure programmes–R&D and Training . A Rainy Day Fund would all finance the building of Hydrogen Fuel Cell Stations and update the electrical grid to accommodate such an increase in demand.

Imagine our governments had a Rainy Day Fund and entrepreneurs went on the television, like Shark Tank and Dragon’s Den, and pitched their ideas to a town hall of professional investors. Those selected would get startup capital and a strategic partner. Ideas are only crazy unless they make money….Yes, tech startups do bring in the next generation of entrepreneurs. I just hope we promote the right calibre of individuals that manage such an emerging sector.

Our Children, Our Future