Corporate governance refers to a regulatory system that balances company, stakeholder, and government interests. [i] It assumes an agency relationship whereby one or multiple persons, including companies—agents—provide services on another’s behalf—principals. [ii] Here, principal beneficiaries entrust agents with a requisite fiduciary responsibility—relationship based on duty, loyalty, and trust in confidence—to act on their behalf. 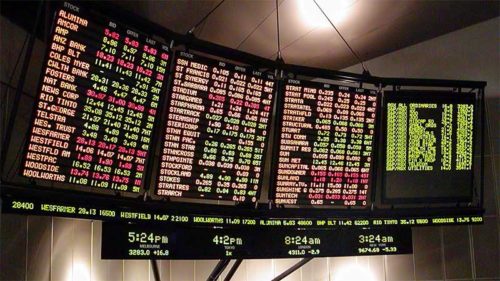 This essay, in pertinent part, explores the SEC, specifically, contemporary corporate governance developments since 2000, as with criticisms concerning recent regulatory reform into 2016.

After its enactment, the 2002 SEC Enforcement Division reported a “record 598 actions—24% increase since 2001.” [xiv] Therefore, if accurate, the reportedly unprecedented regulatory reform to corporate governance plausibly correlates with Sarbanes-Oxley.

Past SEC Criticisms
The SEC ostensibly satisfied qualified assurance for its system of controls in 2004. [xv] Notwithstanding aforementioned achievements, criticisms remain. Some past SEC criticisms include:

However, some of these past criticisms proved unwarranted due to contradictory evidence. For example, Congress implies certain 2002 legislation prevented “the SEC from collecting 5 times its annual budget in fees.” [xx] If true, this assertion presents a fact-checking issue, negating the earlier contention for questionable inaccuracy. Nevertheless, a “smaller budget despite pleas of underfunding from the SEC,” suggests noteworthy consideration according to former SEC attorney Hester Peirce. [xxi]

Secondly, what constitutes understaffing? The SEC retains nearly “4,000 staff members” among four divisions. [xxiii] The SEC apparently acted on “1,133 staff recommendations” in 2000. [xxiv]  By 2013, SEC Chair Mary Jo White acknowledged the SEC’s “4,000” members as “well-positioned” to manage “more than $12 trillion in assets.” [xxv] If true, understaffing appears questionable. Even so, some “understaffing” remains virtually ineluctable if defined by one disproportionately small agency network compared to an increasingly globalized market supporting billions of people. Therefore, while “understaffing,” may arguably exist as reasonably inferred from a $12 trillion market, if anything, excess regulation contributes to this issue. Why? Expanding market regulation assumes greater supervision, which typically entails additional divisions with more personnel. Dodd-Frank, discussed next, demonstrates this issue. [xxvi]

Recent SEC Criticisms over the past few years allegedly include:

Lucy! You Got Some ‘Splainin To Do!

Maya Kavita Apr 6, 2015 0
The sidekick's there to help the hero complete the task, solve the problem, or even
Writing