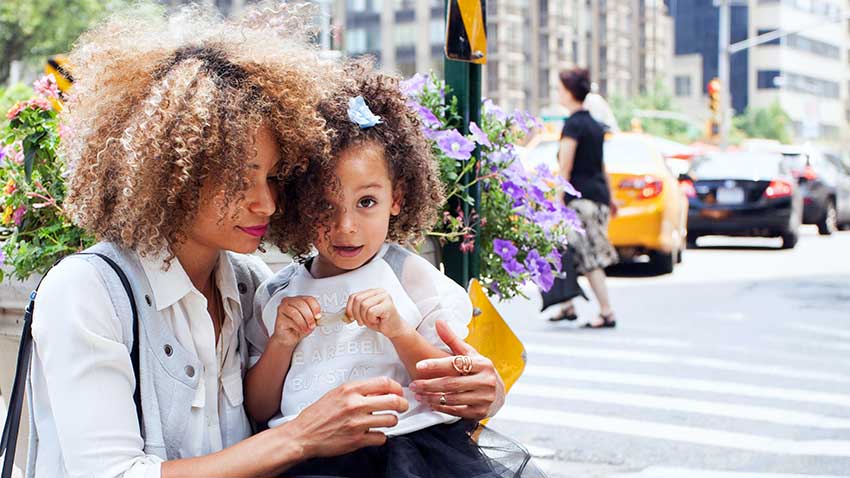 Single-Mothers Entrepreneurship: In 2019, there were around 15.7 million single-mothers in the US; not all of them are entrepreneurs, but being one and living a successful life should be a dream to chase!

Being a single mother and an entrepreneur isn’t a piece of cake.  But it is like surmounting Mount Everest. Single-mother entrepreneurs require a tremendous amount of drudgery, inducement, and managing skills.

Apart from being entrepreneurs and taking their business to the skies, their added responsibility as single-mothers is another added challenge. But they don’t become scapegoats and run from their problems; instead, they confront them like a solid rock and face it.

Setting up your own business is a crucial step to eliminate debt because it opens up opportunities for revenue for single mothers. Moreover, success isn’t just being the best entrepreneur and expanding the business but also being the best mother to your kids and living your successful dream with them.

Sound difficult? Seem impossible? It is not, because hundreds of single-mother entrepreneurs have made it.

Single-mother entrepreneurs are like Super Heroes for their kids and themselves. They hold everything and keep going with it; the things they have been through are merely unimaginable for us.

Here are a few motivational life lessons for single-mother out there to become successful entrepreneurs.

1. Get Rid Of Toxic People

There are many types of people, but the two most found are those who suck the life out of you by their criticism and pessimism, while the others are optimists who give more power to you. I advise you to stay far away from the gloom-mongers or, more precisely, the toxic ones, which are filled with negativity.

They often tell you what you should keep in your dos but never tell you when and how? You must never be in such a society where people are not showing you the way forward. You don’t have enough time for this; instead, fill your sphere with buoyant and cheerful people.

‘Vision is the art of seeing what is invisible to others.’
~ Jonathan Swift

One thing that has been the most promising factor when we talk about success and accomplishment is confidence. Be confident of your single-mother status, and shut the haters up with your achievements. Be visionary – think positive – learn and grow!

Make yourself multitasking, put in more and more efforts, balance things, and be an example for millions of single mothers out there, remember;

3. Have A Perfect Work-Life Balance

Starting over as a single mother isn’t a five-finger exercise. You must know; How to have a perfect work-life balance. The work-life balance has been a long pursuit for many single-mothers and has created obstacles for many planning to startup a business.

Being a single mother is the most challenging yet fun role in the world. Your kids need you; they need your attention and presence. Focusing just on work-life to create an empire can create a significant void between you and your kids, which will lead to emotional neglect to your children.

Maintaining a perfect life balance is what you should focus on. Creating a balance in life is in your hands, which will lead you to be a successful ‘mompreneur.’

Don’t fall for fairy tales; instead, try to make a story of your own, which sounds like a fairy tale to millions. Real-life isn’t surrounded by the witches, who could cast a spell for you, and your problems get solved. You must know that only you could be a magician of your story.

You have already been through a lot, don’t suffer more. Think of setting up a business, work for it, and start from the bottom and take it to the apogee. Planning and execution should be in your mind.

Single-mothers are filled with a whole lot of barriers. Those barriers can be fixed, but you need to sit, relax, and ponder upon what could be the perfect solution. Remember, circumstances always come with choices. Be positive and don’t’ let those barriers stop you from chasing your dreams.

6. Your Kids Are Your Team Members

Your kids are your strength; use them as your team. Be practical and face the realities. Make sure that your kids are an integral part of your business. They are the only hope that keeps you going. Make them realize and be each other’s supporters. Remember the one saying that has been a supreme thought over the years.

‘I may not be perfect, but when I look at my children, I know that I got something perfectly right.’
~ Unknown

Thousands of successful single-mother entrepreneurs were hopeless initially, but the ideas, consistent hard work, and endless passion can triumph.

7. Keep Goals In Mind Not Guilt

As already told, setting goals and chasing them is in your hands entirely. Following guilt can be your choice, too; the guilt in life act as a giant blockade and doesn’t allow growing to get to the desired levels.

Instead of keeping guilt in your heart, let go of them and get on to self-confidence. You have your kids who are your hope to live and grow for.

Here is a list of some successful single-mother entrepreneurs, who kept their heads up and never gave up!

Lauren Thom was born in Louisiana, United States, and a single mother of three children. She founded New Orleans brand ‘Fluerty Girl’ when she got her $2,000 from her 2009 tax return. Lauren’s continuous and untiring efforts had led her to set up stores at five different places with employees ranging from 25-30.

Nusha Pelicano is a mother of six kids. She has owned a franchise of ‘Orange Leaf Frozen Yogurt’ and opened the first store in 2010. The idea of Frozen Yogurt pops up in her mind when she was running a marathon. She has now stored in 300 different locations.

She urges every single-mother to focus on a work-life balance, pay attention to your kids, and have faith in yourself.

Melissa, a mother of three, was completely broke when she got separated in 2008. She didn’t give up; instead, she had a great idea of a lunch bag, which keeps kid’s lunches fresh and safe.

She got the idea from her children who complain about the fruits getting warm in lunch boxes.

Melissa’s company ‘PackIt’ has taken the US with storm her company worth around $14 million with reaching out to more than 40 countries.

She says, look for inspiration everywhere and don’t let the inexperience stop you.

Natalie is the founder and CEO of ‘Swopboard,’ an online platform to buy and sell the items within your neighborhood and city. People can put the products they have in front of groups who need them, and a portion of each transaction goes to a school for fundraising.

She is also a co-owner of ‘Swink Style Bar,’ a blow-dry salon. She has experience in building brands and a regular advisor to entrepreneurs for over 20 years.

She encourages women to stay focus and complete their goals, no matter what. She believes that the internet has solutions for everything if you want assistance in a business startup or even want thesis help.

She advises that being a single mother is not a setback and a stop to your growth. She has been an example for many out there and urges to take a step forward.

These are some of the life-lessons and motivational success stories for you to have an example that being home and cursing your luck isn’t the solution. Instead, go out, search for opportunities, and make a life that gives inspiration to many.

Samantha Kaylee is currently working in the Digital Marketing Team at Dissertation Assistance, an excellent and credible platform to avail report writing service and essay composition in the UK. She shares her prowess and school of thought in this article about how single mothers can lead a successful life.